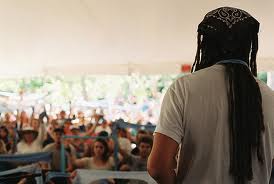 Sometimes folks ask me if I’ve spoken at any conferences I get excited about.  I’ll be speaking over 150 times this next year in about a dozen countries  — at all sorts of events from a Spanish speaking conference in Florida to an economic think-tank in DC to schools here in North Philly and 30, 000 Lutherans in New Orleans.  2012 is going to be a blast. I decided to make a list of a few of the events that are real highlights for me this year.  They are each pretty unique and innovative, and a couple are in their infancy.

1)   The Justice Conference – this is it’s second year and it is a convergence of all sorts of great organizations and people to talk about some of the most urgent issues of our day and how our faith compels us to interrupt injustice.   It’s in February – and we’ve got a big surprise in store for this years conference we’ll be announcing next week… but I’ll give you a hint: think “ice cream”.

2)   Christian Community Development Association Conference – CCDA is one of the most important things happening in the church in North America and around the world.  Its annual conference which gathers several thousand folks doing some of the most redemptive work on the planet will be in Minneapolis this September.

3)   Christ at the Checkpoint – Named after the reality that Jesus would have a hard time making the Gospel pilgrimage because of the walls and checkpoints in the Holy Land, this gathering will address one of the most urgent justice issues of our day – the conflict between Israel and Palestine.  It will be an honor to join some of the sharpest thinkers and theologians in Bethlehem to address this struggle.

4)   Children, Youth, and a New Kind of Christianity Conference – I’ve never been to this one.  In fact I don’t think it’s ever happened before.  But what I like about it is that the fine folks throwing this party are trying to figure out how we approach spirituality with young people in a post-flannelgraph-Sunday-School world.

5)   Greenbelt Festival – The Greenbelt Festival in the UK is one of my all time favorite festivals in Europe.  It is an honor to be back at the fest this August — oh and Greenbelt is helping to launch a new gathering in the US, sort of a Greenbelt USA, called the Wild Goose Festival which will happen for the second year down in North Carolina in June.  www.wildgoosefestival.org/ .  Sadly, I may miss the Goose this year because of date conflicts.

The Spirit is moving in a wild and wonderful way.  I hope to see you at one of these events… or somewhere else along the way in 2012.

—-
Shane Claiborne is a prominent author, speaker, activist, and founding member of the Simple Way.  He is one of the compilers of Common Prayer, a new resource to unite people in prayer and action. Shane is also helping develop a network called Friends Without Borderswhich creates opportunities for folks to come together and work together for justice from around the world.