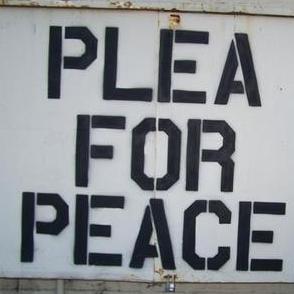 “100 years ago, almost all casualties in war were men in uniform.  Today, the majority are women and children.”

So began the PBS documentary “Women, War & Peace.” I steeled myself on the futon, stroking the feathery hair of my youngest, who had fallen asleep with his head on my lap. For the next hour, I listened to tales of unimaginable horror, underscored by the soft sound of my son’s breathing.

It has been lifetimes since a war was waged on American soil, and attacks on our nation have been blessedly isolated. Most of us cannot begin to fathom the daily horrors of living in a war zone, and it impacts our thoughts on foreign policy. But I remember. Vaguely, and clouded over by a thick veil of privilege, but still. War was unspeakably ugly, seen through the eyes of an eight-year-old girl.

The chaos that erupted in November of 1985, after Liberian rebels made their first failed attempt to oust fraudulently-elected Samuel Doe, was enough to inoculate me against American ambivalence forever. War is not an abstract concept. War is blankets duck-taped over the windows, to shield the eyes from what the ears cannot keep out. War is your father fidgeting worriedly with the static-y radio, your mother assuring you that they would have to climb over her dead body to take you away. War is being sent to hide under the bed when soldiers straggled down the hill toward your house, whispering stories to your baby brother under the boxsprings to keep him quiet and calm his fears. War is leaving your father on the airstrip, while you board a plane bound for the cold safety of North America.

Still, my experience was mild. The worst of the fighting was over quickly, and our American passports served as “get out of violence free” trump cards. They wouldn’t protect you from the truly desperate, from the people who were so broken it had to spill out and break others, but most people with any sense of self-preservation weren’t interested in bringing the wrath of the U.S. Embassy down on their heads. But what about my friends, the girls who didn’t have white skin that functioned like a suit of armor? Who lived in zinc shacks instead of sturdy concrete block houses? Who didn’t have a shiny plane staffed with pretty blonde stewardesses who smoothed your hair and cooed sympathetically in Dutch, waiting to whisk you away to a different world? What about those girls?

Women’s experiences in war are, and always have been, especially horrifying. The violence done on the battlefield is brutal, but the atrocities that take place in the rubble of homes, in the back alleys and side streets of war-torn cities, are particularly grotesque. Stories of gang rape, enslavement and sadistic sexual torture are commonplace, cruel arrows aimed at killing a woman’s soul while keeping her body available for the conqueror’s consumption.

Where is God when a woman is being raped with a rifle, when she is asked which breast she would prefer to have cut off, when she is being slaughtered like an animal while her helpless children scream?  I believe in a loving, benevolent God, and the only way I can begin to make sense of it is to remember the Son, stripped naked, flogged, and pinned to the cross, like a tortured daughter pinned to the broken concrete.  That somehow, Jesus was there with us. That somehow, he emerged victorious, and through him we will do the same. That someday, the world will once again reverberate with the cry “Tetelestai! It is finished!” And all things will be put to rights.

Listen, I am no radical, no pie-in-the-sky peacenik who’s inhaled too many fumes and lost her grip on reality. I am a typical Midwestern mom, with a comfortable house, a beat up mini-van, and way too much “stuff” cluttering up my closets. I shuttle my kids to sports practices, feed them frozen pizzas from Wal-mart, and fuss at them to quit horsing around when I am “trying to get some work done, ” which is pretty much all the time. No, I am no radical, but neither are the millions of women around the world who want nothing more than to raise their families in peace; to have a shelter over their heads, warm food to fill their children’s bellies, and those few precious moments when the soft breath of sleeping children fills the air, and the world settles into the sacred space of stillness. That is all we ask, and that is just a fraction of what war rips away, the least of the horrors of living on a battlefield.

So I stand with my sisters around the world and say, enough! Enough war! Enough domination! Enough violence! This is not about politics, not about economics, not about national defense or international relations. It is not about a trendy penchant for pacifism, or puffed-chest patriotic isolationism.  It is about being human, about being female, about the God-given impulse to tend and nurture life, and what it does to our souls when that life is ripped up by the root.

We live in the hope of the resurrection, but right now we women are still huddled at the foot of the cross, splattered in the blood of our Beloved, knocked to our faces time and again as the sin of the world crashes over us in waves, in its rage against the Prince of Peace. As the world writhes in agony, we wait and pray for the final tetelestai, and plead with the God who sees us, the One who understands our anguish, to make it on earth as is it in heaven.

Even so, come quickly, Lord Jesus.

—-
Jenny Rae Armstrong is an award-winning freelance journalist who blogs about faith, social justice, and women’s issues at http://www.jennyraearmstrong.com/. She is passionate about building up the body of Christ by building up women, in her rural community and around the world. She loves making new friends, so drop by her blog and say hi, or follow her on Twitter or Facebook.