Repentance is at the heart of our Christian faith. But how and to what? The Greek word translated as repentance is metanoia. It means turning; a transformative change of heart. Jesus put himself squarely in the tradition of the Hebrew prophets, challenging those in power to turn away from domination and greed.

Today many of us are recognizing that the world needs a dramatic conversion away from the fossil fuel economy with its runaway model of growth and climate catastrophe. If everyone on earth consumed like we do in the U.S., we’d use up 4 earths worth of resources a year.

But in today’s balkanized bubbles of social media, we’ve learned that no amount of links and fact-filled posts will convert those we disagree with. We need a deeper, more ancient way.

Cue the Bible sweeping in on stage left, dramatically costumed in branches, baubles, and bright butterflies. Though consumer culture has done its best to Disneyfy away the sacred stories in scripture, they are still there. And the Carnival de Resistance tears back the veil and reclaims their prophetic power to turn us away from our cocoons of consumerism and our idols of security. 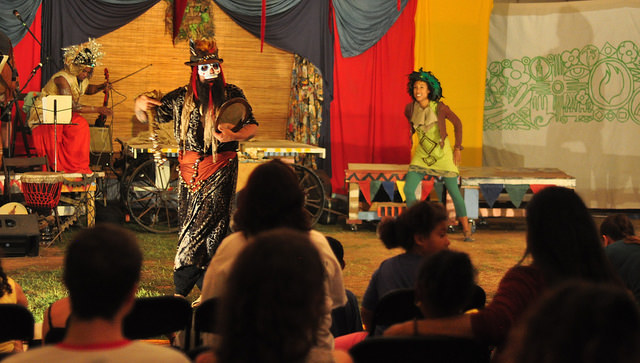 Jesus understood that stories are at the heart of changing minds. That’s why he told all those parables. Perhaps only the Mennonites and a few hippies are going to sit through the lengthy Sermon on the Mount and such. But everyone loves a story. And scientists have finally caught up with Jesus. Narrative transportation theory explains that arguments are limited in their power, but when people imagine themselves somewhere else, they are more open than ever to change.

Fortunately for Christianity, the Bible gives us a rich trove of stories that we as people of faith have been telling for thousands of years. But we often don’t realize how much we’ve missed.

For example: the story of Miriam, prophetess. She comes alive in the Carnival’s feature production, “Wade Through Deep Water.” She journeys through the water, toward reunion with that aspect of G-d through beautiful storytelling, high energy song and dance numbers, live music, dramatic characters, and dances with large silk props. Miriam remembers scheming by the Nile in a conspiracy of women that saved baby Moses (Exodus 2:1–10). Her body sings a song of deliverance, and the people follow her, yet we also lament her fate to endure solitary confinement in the desert and later “die in a dry place” (Exodus 15:20–21; Numbers 12; Numbers 20:1–2). Miriam’s struggle speaks to the reality that privatized water, and desertification are consequences of ignoring the voice of the divine feminine. 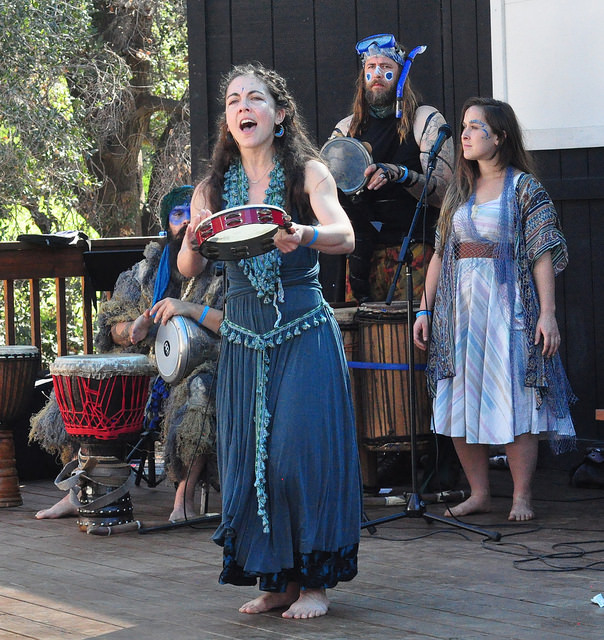 Meanwhile, John the Baptist calls all to a “dirty baptism,” because all the water is dirty and threatened. With fierce love, he calls for repentance, challenges us to abandon false hopes about technological saviors, and asks us to feel the pain of the water. He also has a kiddy pool and a rubber ducky. 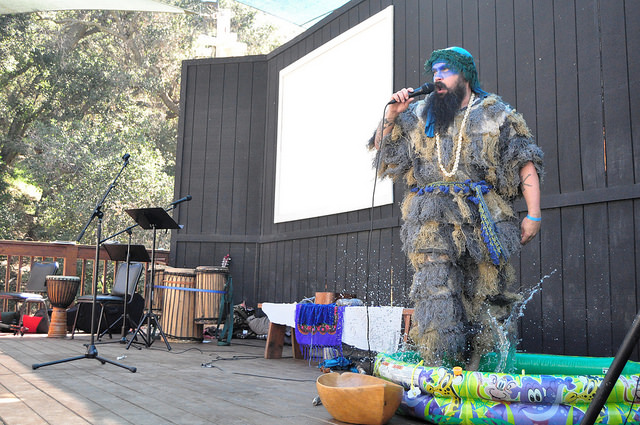 Where did this all come from, you might ask? The Carnival de Resistance comes dancing its way out of the radical discipleship movement. Bubbling up with clowns, carnies, and flame jugglers, this cast of characters (in all senses!) challenges folks to stretch their imaginations. In the Carnival midway, you’ll find Askeladden the Slightly Magnificent performs wondrous feats of magic for mystified crowds. The Cuckoo offers bafflingly subversive soliloquies that puzzle passersby. Barkers invite people to join in games like knocking down the walls of oppression and spin the wheel of the divine. Of course, you really have to be there to grasp the ways this wild crew stretch your imagination. 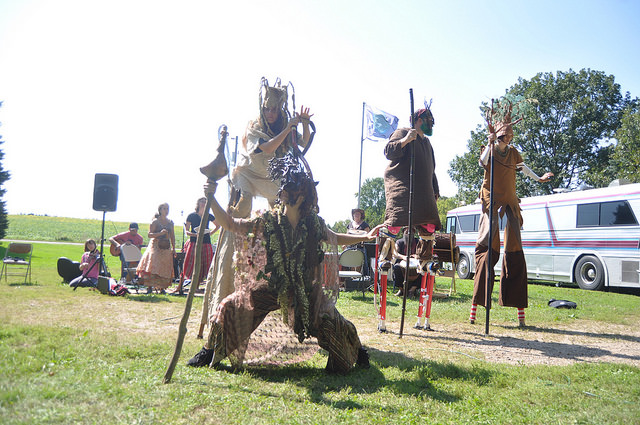 As Brandon Ambrosino recently reminded us, the incarnation is about way more than just humans: “God, in the Jesus event, became one with the entire created, evolving, unfinished universe. Sure, that includes humans — but it also includes quarks, eroding shorelines, animals on the verge of extinction and every other planet in the universe. Easter is a celebration of God’s solidarity — God’s at-one-ment — with the universe.”

Rumor has it that the Carnival might have a visit from renowned circus performer and Kensington prophet Shane Claiborne. Join us in Philadelphia this summer to listen to the call of our time, to root and ground yourself in perennial wisdom and a living tradition. For the old stories have insight that can teach us about grappling with the ecological and social crisis of today.