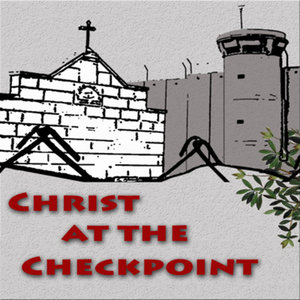 Recently I was in Palestine/Israel as a speaker for a conference sponsored by the Bethlehem Bible College entitled “Christ at the Checkpoint.” The Conference was designed for Palestinian Christians and to converse about the lives they have to live in a very tense and perplexing situation. On the one hand they are surrounded by Muslims with whom they have to strive daily to sustain friendships. On the other hand they live enclosed by a high cement wall that keeps them from leaving except by going through checkpoints where Israeli soldiers scrutinize them each time they cross. These Palestinians also live in an occupied country wherein their lives are constantly surveyed by Israeli troops and where there is a constant fear that tanks and bulldozers will come in to destroy their homes to make room for new Israeli settlements. Those settlements are illegal and various resolutions from the United Nations have condemned them and declared that they be removed. 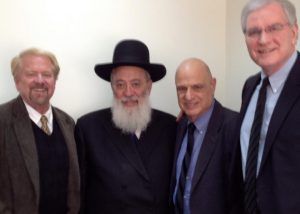 Israel, on the other hand, also has deep security concerns. They continue to suffer from the trauma of constant persecution over the centuries culminating in the Holocaust. They feel themselves greatly threatened by the Arab Spring wherein new regimes are coming into power in surrounding countries such as Egypt, Tunisia and Libya. These new Arab regimes are very hostile towards Israel. You can imagine the upset they feel as they are surrounded by regimes made up of a hundred million Arabs that have threatened their existence and some of which have even committed themselves to driving the Jewish people into the sea. The pain and suffering on both sides has culminated in a depressing community of Arabs that live in Palestine. I hope that the Christ at the Checkpoint conference offered them some hope and some consolation in the midst of their difficult situation.

In order to facilitate better relations between Christian Arabs and those that surround them I was able to have extensive meetings leadership in the region. My first meeting was with Shlomo Amar, the Sephardi Chief Rabbi of Israel, in which he made a commitment to bring together an array of Rabbis to talk with a representative group of evangelical Christian leaders in the Palestinian community. The commitment to have a series of conversations is so each side might get a better feel of the narrative of the other. Such meetings have great potentialities. 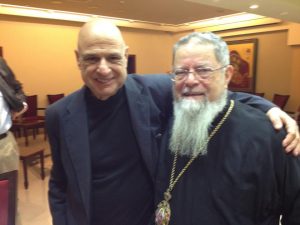 I also had the opportunity to travel to the north of Israel and meet with Archbishop Elias Chacour. This Christian man has been recommended several times for the Nobel Prize because he has been a major instrument of reconciliation between the Jews in Israel and the members of the Orthodox Christian community of which he presides. The Orthodox Christian community has 80% of all the Christians living in Palestine/Israel. Archbishop Chacour indicated that he is more than willing to meet with the evangelical Christian leaders. At this point the two groups have had very little association with each other and I believe it is only by cultivating these intentional relationships that the Christian communities in the Holy Land will be able to negotiate for justice with the Israeli government.

I believe that we as Christians are called to a ministry of reconciliation (2 Corinthians 5:18-19) and I believe that my time in Palestine/Israel was well invested. For a full report of what went on at the conference you might go to www.christatthecheckpoint.com