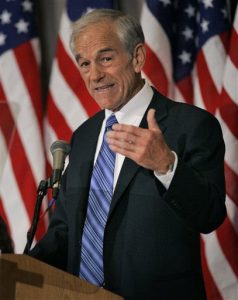 Over the past decade, my Evangelical friends regularly ask me how I can be a Democrat and a Christian at the same time.  I understood why that asked the question.  The Democratic Party has been overtly pro-choice, and since most Evangelicals are pro-life, they thought it incongruous that I could identify with what they considered to be a party that sanctioned the death of the unborn.

Now the time has come to raise some serious questions about the inconsistencies between the faith and political practice that are increasingly evident among a growing number of Evangelicals.  My concerns arise from what I witnessed as the behavior of Tea Party members (who are 50% Evangelical Christians) at the debate between candidates for the Republican presidential nomination sponsored by the Tea Party.

When it was announced that Rick Perry presided as governor of Texas over the execution of 234 prisoners, there was wild applause from the audience.  I assume that the Evangelicals who were present joined in this response.  I was wondering how they reconcile their support for capital punishment with a Jesus who said, “Blessed are the merciful, for they shall obtain mercy.”  He did say that!  Furthermore, even if these Evangelicals make a case for capital punishment, I have the right to expect that the execution of persons whom Jesus loves would have been greeted with tears rather than applause.

When Wolf Blitzer, who moderated the debate, asked Congressman Ron Paul what should be done for a young man who had not chosen to buy health insurance and was critically ill, Congressman Paul simply answered that this young man would have to endure the consequences of his decision.  Blitzer followed up that answer by asking, “Should this young man simply be allowed to die?”  Across the audience, there were cries of “Yes!”  I would have expected that disciples of a compassionate Jesus would have been horrified by cries of “Yes!” but I heard no shouts of opposition then, nor words of upset about those responses since then.

The Republican Party has claimed to be the “Party of Life.”  That is why Evangelicals have overwhelmingly supported this party, and that is why I have trouble understanding how the Evangelicals in the audience failed to be outraged over these horrendous events.