EDITOR’S NOTE: This reflection is from Dr. Chris Brown, the son of a criminal sentenced to death. His book, Child of Grace: A Death Row Story, takes you on a journey of faith as he and his father discover God’s grace in the most unlikely circumstances. Come along on the journey to the darkness of death row, into the light of Christ, and through the pain of an execution.

If you spend much time looking at church statements of faith, you’ll notice almost all have a section on the sanctity of life. All life is sacred, they will say, from the pre-born to the elderly. Only God has the right to decide when life ends, they will say, not a parent or a doctor. And they are right. But if you spend much time sitting in American pews, you’ll notice there is an invisible asterisk in these statements of faith. The unwritten footnote says that all life is sacred, unless that person has committed a terrible crime, in which case many American Christians are more than happy for a government of man rather than Almighty God to decide when a life should end.

What would our executed Savior say about this unwritten footnote? Has the body of Christ forgotten that Christ himself was a victim of the state machinery of death? I believe the Jesus who told the woman caught in adultery, “Go and sin no more,” would have a much different response than many of His American followers. After all, that episode in the gospel of John was the only time Jesus was confronted with a death-eligible crime. His example in this case speaks volumes. Jesus did not overlook or condone her sin; He told her to sin no more. But neither did Jesus pick up a stone, as He was uniquely qualified to do. He explicitly did not condemn her.

Likewise, I don’t believe the Jesus who told the penitent thief, “Truly I tell you, today you will be with me in paradise,” would be cheering for the deaths of the American condemned. In the midst of His ultimate act of redemption, He still sought our repentance.

Jesus told us in the Sermon on the Mount that unrighteous anger is equivalent to murder in the eyes of God. In case we missed this and similar parallels, the Apostle Paul clarified in his letter to the Romans that the wages of sin are death; not just the really bad sins or the ones that make us very uncomfortable. A perfect God does not look down and see a hierarchy of sins; from His view all sins separate us from Him. The sins we have all been guilty of are on the same spectrum as those we consider most heinous.

I am not willing to claim that my sins separated me from God any less than someone else’s sins separated them from God. This is not to suggest that a system of justice should not differentiate between crimes, but rather to point out that our American justice system is incapable of representing God’s perfect justice. If we really believe that only God should number the days of a person’s life, how then could we substitute a deeply flawed human system for the Almighty?

What the American Christian really says when he or she supports the death penalty is that some individuals are beyond redemption. They look on the condemned and say these people are beyond the reach of God’s grace. Never mind the myriad factors like geography and poverty that lead only a small fraction of convicted murderers to death row. The same people who don’t trust the government to regulate health care or deliver their mail somehow also believe the government is infallible in determining guilt, determining which guilty should die, and conducting that ritual of death. Indeed, some of the same Christians who believe only God is capable of perfect justice are quick to allow the government they don’t trust to play God.

When I joined with a prison ministry team in October, I had the great honor of witnessing a man serving Life without Parole give his heart to the Lord. I am proud to count him among my brothers in Christ now. He has been in prison almost as long as I have been alive. It is impossible not to think of what might have been if he had gotten a death sentence instead. It is impossible not to think of the more than 1,500 people executed in the modern death penalty era in this country, and wonder how many of them had turned their lives around before they were killed, and how many might have if man had not ended their lives prematurely. 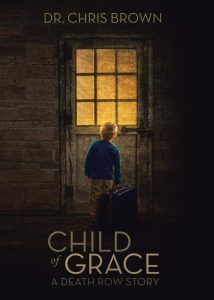 I grew up witnessing some of these changed lives as I visited my father on death row. As I describe in my book, Child of Grace: A Death Row Story, he was among the so-called worst of the worst who had truly repented and lived for the Lord. He preached and led worship at their Monday night services. My dad led many people to Christ, and more than anyone else influenced my own road to salvation, right there from death row. In the final moments of his life he shared the gospel with the corrections officers leading him to the execution chamber. It is impossible not to wonder how many more he might have impacted had his ministry not been cut short by the executioner.

What then should the American Christian do?

As the federal government restarts executions, as states like Texas press on toward execution dates without testing evidence of innocence, as states like Oklahoma move toward totally untested execution methods like nitrogen hypoxia, let the body of Christ be the voice of mercy and compassion — not the voice cheering for death.

Let us respond as our Savior would. Let us cast no stones.