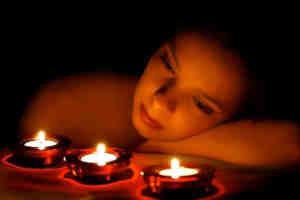 Christmas is known for being the season of giving, good cheer and peace with all men. It’s where families come together for food, gifts, fellowship and celebration. It’s sparkling lights, Christmas music of “Silent Night” and “Little Drummer Boy, ” the smell of cinnamon apple pie and church services with plays about Joseph, Mary and the baby in the manger.

But for some, it’s not a season of giving, it’s a season of grieving. It’s a time of loneliness, sorrow and depression. The cheerful atmosphere, music and TV commercials remind them just how lonely they are. It may be an unemployed man with a family having to break the news that they can’t afford a tree, let alone gifts. It may be a middle aged woman who just went through a painful divorce after 25 years of marriage, due to infidelity.

It could be a mother that lost her child a few years ago, but can still hear her laughter and feet running to her bedroom on Christmas morning. It may be the parents of a teen who ran away in the middle of the night, refusing to communicate with them. It maybe the army soldier on deployment in Afghanistan missing his wife and child. It may be the wife going through the third round of chemotherapy with her husband, praying for strength with every breath. It may be a senior citizen living in a nursing home, whose children all live in different states, who rarely call her, let alone visit her. It may be the boy that gets all the he wants in gifts, but his father never acknowledges his presence because he is always away on business, so his only company is video games and social networking. It may be the children whose father is a severe addict who only comes home to scream, yell and beat their mother in front of them.

It may even be the single mother who has no family except the two children that she is raising alone. She lost her job and applied for welfare to get temporary help until a job comes through. She keeps calling the office and they give her a list of documents. She gets them and uses her only $3.00 for gas to get the documents to the office praying that she will be approved.  Weeks later, she is told in a condescending manner, that she needs more documents.

I believe we all heard about the woman in Texas that killed herself and shot her two children. Then, there was the woman last year on the east coast that drove herself with her children into a lake. It is hard to comprehend the mindset and desperation at that particular moment that led to that ultimate decision. You always hear accounts of neighbors, daycare workers and teachers saying, “She was a great mother.” Then they add that there was a few signs that she may have been dealing with stress such as, withdrawal, anxiety, appearance in disarray and odd messages stating that they are “tired” or that they are “sorry.”

What pushes a woman so far that she feels there is only one way out? Is she so deep in the darkness that there is not a flicker of light? No hope?

I remember being in that situation myself, as a young mother of three. I was twenty three, three children, poor and uneducated. I was repeating the cycle of generations before me. It was like it was in my DNA.  But what was done was done. The children were here and they needed to be loved and taken care of and I loved them more than the air in my lungs and the beat of my heart. We were living on a third story apartment in the middle of winter. I remember so many nights after work, my youngest in a pumpkin seat in one hand, a diaper bag in the other, with a toddler on my side and my oldest trailing behind me. Walking up a long icy driveway and then up three flights of stairs was exhausting. But we did as we typically did. We adapted. The poverty, stress and loneliness wasn’t what was so hard, it was the whispers behind my back. The gossip, slander, labels and ill intent. It was the condescending and self-righteous tone in the voice of the trustee, when I lost my job and asked for assistance. Never mind that I had been working and paying taxes since I was fifteen, I needed temporary aid just until a job came through. But all he saw was a statistic.

I had many thoughts. Thoughts that I was a failure and a thorn in the side of society. I could’ve easily slipped off of that slope, just as those women did when they made that decision.

What kept me from slipping? Somewhere, just when I would almost crack, someone would come in out of nowhere and give me words of encouragement, hope or share their testimony. Then there was an incident that would make me grateful as there were others even in worse situations than us. Over 2/3 of the world’s population, to be exact. There were many times that my oldest daughter, who was six at the time, said inspiring words to me that were so profound and so wise, that it seemed that they were being spoken from God through her.  She would say something, then skip away with her pigtails flipping back and forth while I sat there in awe, absorbing what she said. Of course there were the hateful words from others that would scrutinize my every fault, but never offer to help me. It gave me fuel to prove them wrong.

Lastly, being raised by an atheist, I never really surrendered to God, but somehow still felt His hand in my life despite the years and years of being told that He didn’t exist. But even through the doubt, fear, sorrow and feelings of unworthiness, I would still whisper, “God, I know I’ve done this to myself, but please, if you are real…help us.”  I would never say it aloud, because I didn’t want my prayers picked apart or criticized. It was a private, sincere and personal plea. And God always came through…just in time.

Right now as I type, there are so many lonely people. Many don’t know Jesus. Many have no hope, only fear. Many avoid prayer because they feel unworthy because of someone made them feel unworthy a long time ago or they have been on a dangerous path of self-destruction for a long time, so they accept their misery as atonement for their sins, not realizing that their sins have already have been atoned on the cross., over two thousand year ago.

Pay attention to people you come in contact with. Here are a few tips of someone who is silently crying for help:

If you know people that display these signs, intervene. It doesn’t require a lot.  Pray with and for them. Offer words of encouragement and hope. Bring them dinner fully prepared. Pay for the person’s bill that is counting their pennies standing in front of you in line at the register. Visit a nursing home. Give an umbrella to the person standing in the rain at the bus stop while you are sitting at the stop light. Write a letter to the troops. Gather a group to show up with food, car repairs and lots of hugs and smiles. Invite them to church, even offering to pick them up and drop them off. Tell them that God has a plan for all of us and those who push through pain, will find their gain. Remind them that the reason for the season is that the one sent to set all the captives free was born. Look them in their eyes and tell to forget who everyone else thinks they are. Tell them who they ARE – A fearfully and wonderfully made, child of God. It just may be the tiny flicker of light that they need from slipping off of that slope.

“I praise you because I am fearfully and wonderfully made; your works are wonderful, I know that full well” Psalm 139:14

Please take a moment to watch my short video shedding light on many issues that are often pushed under the rug  http://youtu.be/tNsstowJz2c