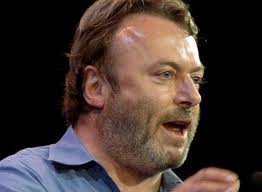 Everyone who calls me to speak somewhere, it seems, wants me to address the issue of declining church membership, and particularly how to connect with younger adults. The problem is that sometimes the invitation is built on a false premise. It’s the hope of many churches that if they can find a way to connect with younger people in a relevant way, those young adults will join the church and save the institution for future generations.

And while this is possible in some situations, it’s really the wrong question to be asking.

The explicit question I get asked, time and again, is “How do we better serve younger people?” And if the question really ended there, We could have a pretty productive conversation. But there’s an implied subtext in most cases that we have to tease out, and often times, the church isn’t even willing to admit that this footnote is married to their question. So although the words above are what are spoken, here’s what they really want to know:

“How do we better serve younger people (so that they will come back to our institutions and save them)?”

Christopher Hitchens, well known for his public identity as an atheist, offered a fantastic quote in his book, “God is Not Great.” And given the influence of his voice, even posthumously, it’s incumbent on us (Christians) to pay close attention:

“[A]bove all, we are in need of a renewed Enlightenment, which will base itself on the proposition that the proper study of mankind is man and woman [referencing Alexander Pope]. This Enlightenment will not need to depend, like its predecessors, on the heroic breakthroughs of a few gifted and exceptionally courageous people. It is within the compass of the average person. The study of literature and poetry, both for its own sake and for the eternal ethical questions with which it deals, can now easily depose the scrutiny of sacred texts that have been found to be corrupt and confected. The pursuit of unfettered scientific inquiry, and the availability of new findings to masses of people by electronic means, will revolutionize our concepts of research and development. Very importantly, the divorce between the sexual life and fear, and the sexual life and disease, and the sexual life and tyranny, can now at last be attempted, on the sole condition that we banish all religions from the discourse. And all this and more is, for the first time in our history, within the reach if not the grasp of everyone.”

Now, I’m sure many folks within the institutional Christian church will bristle at the phrase, “…on the sole condition that we banish all religions from the discourse.” I understand that. But try to hold this paragraph above in tension for a minute while you check out this six-minute video below from Christian author, Diana Butler Bass, who recently wrote “Christianity After Religion.”

I don’t want to suggest that Bass and Hitchens would agree on everything, but in many ways, they’re speaking about the same things here. Both envision a coming enlightenment or awakening. Both also see that, in many ways, the institutional church doesn’t have the same role as it once did in the public forum. And I may be reading into Hitchens’ quote here, but given his careful choice of words in most cases, I have to assume that when he calls for the banishment of “religions” from the discourse, he means just that.

It’s not that he claims in his book that anyone who maintains any kind of faith in the Divine should be excluded, but rather that the institutions of religions themselves, and the power structures that he perceives have imposed tremendous pain, suffering, shame and guilt on its followers, should be absent from the table.

But that still leaves room for individual voices. Just not their hulking power structures and their history of oppressive, fear-based rule over people.

In the story Diana Butler Bass shares about the Episcopal priest going out into the streets to offer the ashes to passersby on Ash Wednesday, I see a hopeful glimmer of common ground. Now, if this was only an act – a stunt, if you will – to get people through the door on Sunday, it would still effectively be akin to the institutional church extending its tendrils into the public square, like a giant tree whose roots are stretching out in search of water and nutrients.

But if this act was a genuine effort to get away from the trappings of the institution, and to meet people, person to person, face to face, and to serve them, then I think Bass and Hitchens are talking a little bit of a common language.

I’ve been asked many times if I believe we are on the verge of another Great Awakening. the First Great Awakening preceded the American Revolutionary War, and had a profound impact on the imagination of those struggling for a democratic nation. The Second Great Awakening can be traced back to the beginning of my own denomination, the Christian Church (Disciples of Christ) which emerged from a days-long revival in Cane Ridge, Kentucky. This caused a wave of mainline Protestant fervor to sweep through the west.

So do I think we’re experiencing the stirring of a Third Great Awakening? Yes.

Will it save the institutional church as we now know it? Don’t count on it.

If we are to sustain and continue to share this story of faith we claim as Christians, it will have to be unencumbered by the caveat that we will only tell it from within the protection of our familiar institutional church. We are not a church or a denomination after all; we are the Greater Body of Christ, or so we claim. And while institutions incline themselves toward permanence, the Body is ever-changing. While the buildings crumble, the Temple evolves into something new.

Jesus himself predicted the fall of the great church institutions of his day. But in so doing, he did NOT drive a stake through the heart of human faith. In fact, he freed one from the other, perhaps to coexist, but not necessarily.

We’re slowly awakening to a faith that is unlike that of our parents or grandparents. But in some ways, I think we have an opportunity to claim a faith much more like the one Jesus imagined for his followers. Time will tell if we can loosen our grip on what was to dive into the exhilarating, terrifying unknown of what might be.