“Compost” is not the first thing to come to mind when picturing a conference on cultivating the next generation of leaders in ministry. However, when 200 leaders, scholars, students, and ministers converged on Garrett-Evangelical Theological Seminary’s campus for FTE’s Christian Leadership Forum this past month, we ended up talking a lot about compost and surprisingly came away inspired.

John 12:24 states, “Unless a kernel of wheat falls to the ground and dies, it remains only a single seed. But if it dies, it produces many seeds.” Framing dying as “compost” gave me a new set of lenses in looking at the life cycle of ministries and leadership. In this context, I came to see and appreciate that even the “dying” ministries that I had previously dismissed can serve as “compost” to spurring more innovative ministries. Even taking on greater risks and facing failure seemed to take on new meaning and purpose in light of becoming “compost” for the next generation.

One biblical hero who was willing to lose his life was King David. Goliath’s taunting of the Israelites and their God struck fear in the people, but for David, it activated his anger on behalf of God to take on Goliath. Because of David’s courage and sacrifice, the Israelites gained a new life and future. In today’s society, there are many “giants” of injustice such as human trafficking, health and economic disparities, and racism that are terrorizing victims. Yet, through this forum, I was able to meet and witness current and future leaders who are willing to become angry for God and speak for such victims and possibly even become compost.

Related: Is Women’s Leadership in the Church a Primary Issue?

In my personal and professional journey of leading Korean Churches for Community Development (KCCD), I have been the beneficiary of many who have served as “compost” including my parents who served in ministry. My parents with limited resources struggled to help so many congregants access housing, jobs, and social services. So many times, I wondered if there could be a better way. Then I had the privilege of being exposed to First AME in Los Angeles where I saw the church providing the same type of services but by partnering with the greater community, they were able to leverage an additional $12 million in resources beyond their $3 million offering and provide systematic, high quality of services to great numbers. Because of their impact, the church was looked upon as an important, valued community stakeholder. Seeing this church in action, I saw a model where the church could live out Matthew 5:16. “Let your light shine before men, that they may see your good works and praise your father who is in heaven.”

Taking this model, KCCD was founded in 2001 with the mission to advance the Asian American community’s participation, contribution and influence through faith-based and community partnerships.  Most recently, KCCD had the honor of being invited by the White House to bring together Asian American and Pacific Islander (AAPI) Christian leaders for a historic White House Briefing. To date, we have garnered over 300 partners ranging from the White House to fortune 500 companies and have been able to leverage various resources including a $5 million grant from the U.S. Department of Labor to serve at-risk and adjudicated youth. Contrary to the model minority image, when you disaggregate data of the AAPI community, many suffer from comparable or even higher levels of poverty, juvenile delinquency and discrimination along with Latino and African American communities. As one example, according to the 2000 census, the Korean American community was one of four communities along with Latinos, African Americans and Native Americans whose median income was below the national median. In addition, AAPI communities suffer from a very poor return on their educational investments. According to the census, at all levels of education, AAPI communities have the highest rates of graduation in comparison to any group. 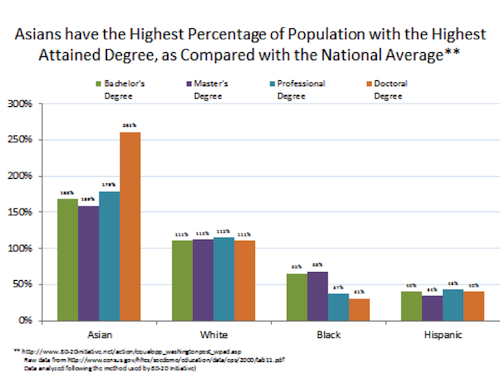 Yet, despite our high rates of academic achievement and investments, this does not translate to success in the work place. According to a study by 80-20 based on the Equal Employment Opportunity Commission, the AAPI community has the lowest probability of being promoted to management in all sectors including private, government and academia. 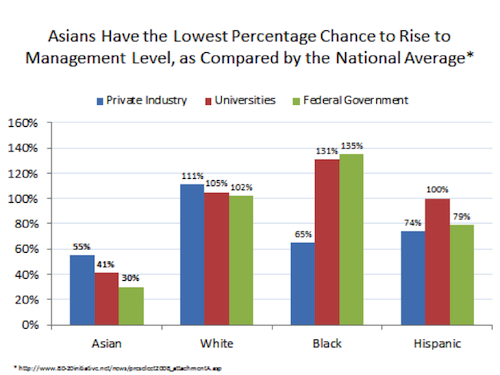 For the Korean American and AAPI community, the lack of promotions in general but specifically in academia and in seminaries are causing serious challenges in ministry. The second generation who are born in the U.S. speak mainly English, and are dealing with significant parental pressure for high academic achievement, language barrier with their parents, high rates of domestic violence and bullying.  According to research, AAPI college students have the highest rate of suicidal thoughts. For the new generation in our community, they are in serious need for spiritual and adult mentorship and guidance.  Yet, with the lack of role models and leaders in ministry who represent them in the church and in the seminaries, many spiritual leaders who are second generation are exiting the ministry. As a result, the younger generation suffer from a gap of leadership that is currently being filled by seminary students from South Korea who do not know American culture. It is still unclear who will step in to fill this gap and meet the needs of this generation. What will happen to this generation who is void of relevant spiritual leadership?

Related: Getting Dirty with Jesus

This gap in leadership is not unique to the AAPI community. Communities of color represent more than 30 percent of the U.S. population, yet, they only represent 13 percent of faculty and 22 percent of students enrolled in Association of Theological Schools (ATS). Also, out of the 251 ATS member institutions, it is unbelievable that more than one-third do not have a single minority faculty member. The chronic underrepresentation of minority faculty in graduate religion and theology programs at higher education institutions nationwide is one that needs to be reckoned with.

I am thankful to FTE for their leadership for the last 60 years to be “compost” in the space of theological education and leadership and to create space for new generations and new communities who have not been at the table. In coming to the forum, I saw so many gifted as well as aspiring theologians and Christian leaders taking on faith and justice who are communities of color and it gives me hope for the future.