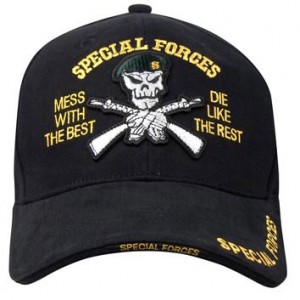 I catch up on my news in the airport.  Yesterday I watched this obscure story about a second grader in Rhode Island who wore a baseball cap to school with soldiers carrying guns on the front.  The school authorities ruled that his hat violated dress code, which did not allow for weapons, a code established with the kids best interest in mind, for their safety and protection.  Today the school authorities are working to reverse the rule so as to allow this kid and others to wear things that have soldiers with guns fighting on it, in the interest of promoting “patriotism and democracy.”

It occurred to me that this is the message that confuses our kids.  We teach them that sometimes guns are wrong and some times they are right, even noble.  We teach kids that killing is wrong, sometimes. It is confusing.  The early Christians saw this contradiction and rejected violence in all its forms.  Cyprian put it plainly, “Murder, considered a crime when people commit it singly, is transformed into a virtue when they do it en masse.”

I am excited today because there is a new harmony of diverse voices crying out consistently against violence, in all its forms and guises.  This week we hosted a group of folks blazing a trail of reconciliation across this country.  The project called “The People’s Journey” is a group of unlikely friends — two Iraq vets, one Iraqi engineer, two women from Gaza, and a bunch of kids in Afghanistan (who call in by Skype) — with a passion for nonviolence and reconciliation.  They travel together and tell their stories — stories of how they came to see “enemies” as friends and to renounce violence, even to the point of risking their lives for the sake of peace.  Some of them are the same age as the second grader in Rhode Island.  (By they way, check them out if they come to your town).

I am reminded of the hope of Iraq war vet Josh Stieber who stayed here at the house with his Iraqi friend Salam.  We laughed as they said, “What would happen if the next time they throw a war, no one showed up.”  And I am reminded of these words of another war vet gone conscientious objector who began to cry out against violence in all forms.

May we continue to insist with Jesus, with courage and imagination, that it is wrong to kill — period.

—
Shane Claiborne is a prominent author, speaker and activist.  He is one of the compilers of Common Prayer, a new resource to unite people in prayer and action. Shane is also helping develop a network called Friends Without Borders which creates opportunities for folks to come together and work together for justice from around the world.

The blog post is provided through our partnership with Sojourners