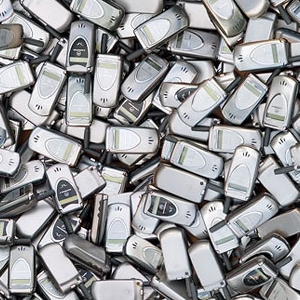 Jesus presented a message that is largely ignored today: the more one lacks, the more likely he/she is to seek God.

Jacques Lacan, a French theorist, proposed the idea of Manque or Lack. What he asserted is that a person’s identity is constructed through realizing what he/she lacks by seeing it in society. For example, you are late for work, putting make up on in the car, stressed and a mess. You pull up to a red light and see a beautiful woman driving a nice car, smiling and looking at peace. Subconsciously (or consciously) you think that she has it together. You notice the car and think ‘maybe if I had more money I could have a nicer car and my life would be less stressful.’ Part of your identity becomes about making money. This is not rare in our consumer-driven society although it typically begins at a much younger age.

What Jesus taught is that by being stressed out, by driving an uglier car, by being late for work, we realize what we lack. But instead of looking to society to find our identity, he proposes that we should look to God. Jesus argues that the more we lack, the easier it is to seek God. This also explains why James would write that we should “consider it pure joy whenever you face trials of many kinds.” He goes on to explain that these trials produce perseverance (implying more trials), which eventually results in becoming “mature and complete, not lacking anything.” No wonder most American Christians find it impossible to seek god outside of secondary sources (the bible, others testimony, etc.) – we are shackled by capitalism’s tendency to discourage a state of lacking.

Many Christians cannot explain the reason we identify ourselves as Christians beyond “Faith” because we have never allowed ourselves to lack. American society alienates those who lack – we must consume, we must achieve success to at least appear stable, secure, and happy. We buy houses with five bedrooms when we only need three. We buy luxury cars when we can only afford a used Honda Civic. We fail to lack; and sadly, we fail to know God. As a result, we cling to the Bible as the source of truth, as the definite guide to understanding who and what God is. We write-off those who question our belief-system as people lacking faith because to be saved in America means believing absolutely in the traditions of the religion, not in actually ever practically seeking God.

The author of James writes at the end of chapter one that the “religion that God our Father accepts as pure and faultless is this: to look after orphans and widows in their distress and to keep oneself from being polluted by the world.” Paul writes in his first letter to the church at Corinth “not to associate with sexually immoral people.” The writer of 2 John agrees with Paul saying, “if anyone comes to you and does not bring this teaching, do not take him into your house or welcome him.”

Jesus disagrees in Matthew 5 saying, “If you greet only your brothers, what are you doing more than others? Do not even pagans do that?”

If you claim to believe in god as defined by the Christian Bible, consider the contradictions, then readjust to find the Center. When you do, you’ll find a Jesus who spent his days serving the hurt, the unappreciated, the hungry, the poor, the sinners, the outcasts, the oppressed, the abused. He held these people in high regard because he knew that in their brokenness they had the potential to construct an identity around the seeking of God. Learn to value the unvalued and you’ll find God there.

—-
Noah is a digital culture fiend by training, a digital media manager at JJIE.org by practice, and a proud skeptic of all things “true.” He can be found on Sundays at Central Presbyterian Church in Atlanta, GA or any time on twitter @nvechols.