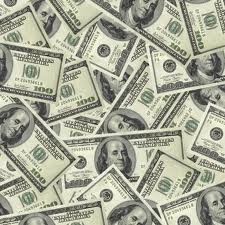 In the ’90s, Keith Olbermann was part of a flawless thing called SportsCenter. Even though the political commentary and overall style he’s developed since then isn’t everyone’s cup of tea, this Special Comment from the July 11 edition of “Countdown” is essential viewing for anyone who cares about the justice issues tied to humanity’s basic failures of compassion, empathy and care.

If we’re being honest, we know that Olbermann is right. And even though he’s not saying anything particularly new, the bluntness of the charge is just a little jarring, even in the context of waning hope in hoped-for change. We, the People, do not take care of one another. It’s no wonder that They, our leaders, do no better.

And what about another set of “we’s”? We, the stewards of the planet. We, the image-bearers of God? What about we who believe lofty things about the the Holy? For Christians, what about that we called the Body of Christ? I read a 10-year-old stat estimating the global income of organized Christianity (churches, denominations and para-church ministries) hovers around $270 billion annually. I’ve read elsewhere that the yearly global income for Christian individuals (the compensation they get from having jobs) is $10 trillion. Extend the tradition of a 10 percent tithe from each of these groups toward eradicating poverty, and you’d do it in a year. We’re talking about $1, 027, 000, 000, 000. Don’t know what $1 trillion can buy? Look here and here. One trillion dollars can purchase all the homes that foreclosed in 2007 and 2008 or pay the rent for every US renter for 3 years. Universal preschool for all American 3- and 4-year-olds? No problem! That only costs $35 billion. American Christians could pay that themselves.

But my 1 trillion number (see Ron Sider’s “Rich Christians In an Age of Hunger“) represents a global tithe, so let’s consider global implications. According to VisualEconomics, access to clean water for everyone on the planet now without it only costs $8.84 billion. That’s with a B. Christendom has $1 trillion, with a T, to play with every year. Clean water, then? Fine. What, Christians? You want to sponsor a million kids through Children International for a year? That’s just south of $300 million (with an M). No problem, Church! One new home at $175, 000 a pop for each one lost in Katrina? You’re thinking bigger, but that’s only $48 billion. You’ve got $1 trillion and change to spend every year (plus the other $9 trillion you’ll use for basic needs, creature comforts (in developed countries), and, in some contexts, unprincipled extravagance. You could feed everyone, clothe everyone, give everyone access to water, heal the land, clean the water and clean the air in perpetuity. Talk about an endowment. Oh, and you could send kids to school, heal diseases and bring animals back from the brink of extinction. You could (and would) eliminate the root causes of war. Or you could keep trusting the bulk of the money you give away (via taxes) to people who keep finding new reasons to make war so vital.

The Church could end poverty, scarcity, sickness and famine without a dime from the rest of the world. Obviously, that doesn’t mean it should do so by some centralized economic fiat. The last thing anyone needs is a megalith — even one as diverse and nuanced as the global church really is — setting this kind of agenda. Noting that the Church could foot the bill for the saving of the planet doesn’t mean that the Church is otherwise equipped to do so, and it doesn’t even mean that something called “the Church” exists in any sort of organizationally connected way across the world. We may (and I do) believe in the mystical Body of Christ, but can you imagine the impossibility of mobilizing every Christian group under some sort of prime directive?

Then again, that’s what Jesus did by giving the Great Commission and promising the Holy Spirit. Perhaps if all Christians understood the economic power they possess and the practical implications of loving one’s neighbor as oneself, this phantom trillion would find its way to points of need. Perhaps if the Church was busy consciously investing even 10 percent of its annual income to overcome the systems that breed injustice, hate, and other things we still call sin, Jesus’ talk of the Kingdom of God being here even now would make a hell of a lot more practical sense.

Brennan Manning has said that one of the biggest causes of atheism with reference to Christianity “is Christians who acknowledge Jesus with their lips and walk out the door and deny Him by their lifestyle. That, ” Manning says, “is what an unbelieving world simply finds unbelievable.” I’d go even further and suggest that the conformity of so many Christians to the status-values of consumption, possession and unsustainability is also one of the biggest enablers of global scarcity and the atrocities that come with it. Faced with the kind of evil that flourishes where hope and charity do not, perhaps the oft-repeated “Where is God in this?” isn’t quite the question. Consider this instead: “Oh, God, where are the Christians? Where were the fraction of their resources that could have stopped this in he first place?”

Yes, I’m claiming scandal as a member of the movement. I’m appealing to classic Christian expectations of ourselves. I’m not saying the Church must act because all other faiths or governments have failed. I’m saying the Church must act because it has failed to be the Church. We’re good at giving time and talent, but what is it about the way we’ve spent our treasure that allows inequity and scarcity to run and reign so freely? Do we have a misplaced trust in the structures of church government and Christian organizations? Or are we, paraphrasing Jesus, seeing where our hearts don’t lie in the faces of all those who will die before this post is finished because we’ve finally let them?

Yes, much of the phantom trillion gets used in responsible ways by good people toward precisely the things I’m talking about. But what if global Christianity were led from the margins (even as Jesus led)? What if the whole Church recast the idea of tithe as a fraction of our treasure given back to God in the world and not our institutions? What if we empowered charity: water to complete its mission? The enraging thing about that proposition is that we could really do it. And we aren’t. Not in intentional, global ways. Often not with the recognition that the outright care of other people is the Gospel. What if we helped WorldVision, Compassion International and other groups with scant administrative footprints put themselves out of business? Nothing would make them happier! What if we used our economic clout to be a global force against genocide in Darfur and Burma? What if we empowered local Christians and other people of good will already working in those places in system-changing ways? And what if the Holy Spirit helped us?

Even without a moratorium on traditional patterns of giving, and even recognizing that our poorest sisters and brothers can’t often give something as concrete as money, the rich Christians in the industrial world could raise a second trillion every year without denying themselves or their churches very much of anything. So far, we haven’t, and that’s the even greater greater scandal.

—-
Christopher Cocca is a Pennsylvania-based writer. His fiction and creative nonfiction have appeared in Brevity, elimae, Pindeldyboz, Geez Magazine, Creative Nonfiction, Generate, and elsewhere. He earned a Master of Divinity degree from Yale Divinity School in 2005 and a Master of Fine Arts in creative writing from The New School in 2011. Much of his work explores the ways social networking, media, and literature can advance the sharing of important content and the telling of good stories. He is also the Director of Mission at First Presbyterian Church of Allentown and the Director of Outreach for the Air Quality Partnership of Lehigh Valley-Berks. He blogs at chriscocca.com. You can also find him on Facebook and Twitter.