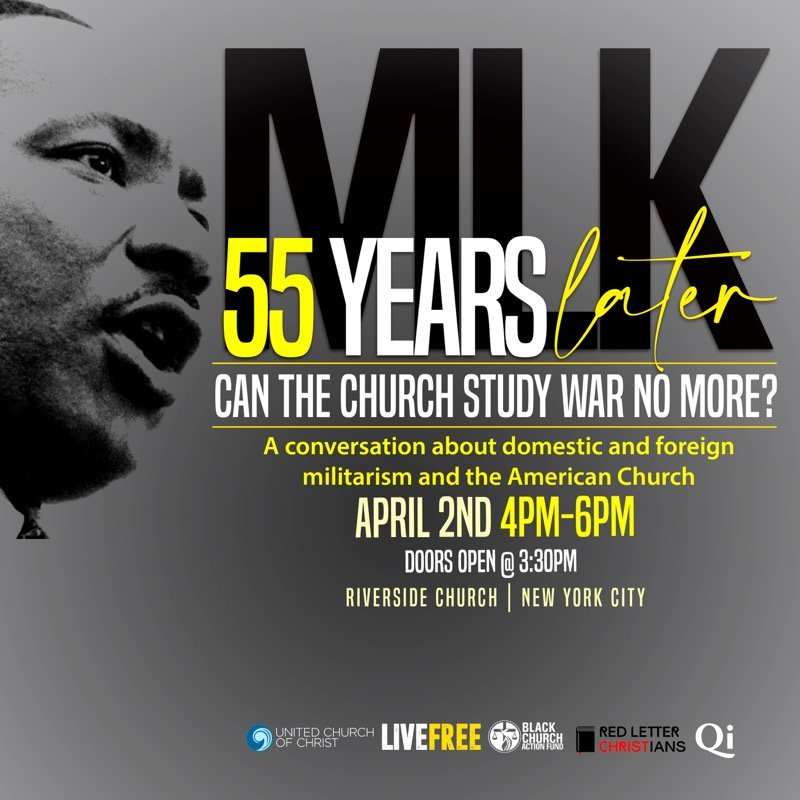 Join this special conversation on April 2nd from 4pm-6pm EDT on the 55th Year Anniversary of Dr. Martin Luther King’s “Beyond Vietnam” speech delivered at the historic Riverside Church in New York City. We will explore the intersections of domestic and foreign militarism and the American Church through the lens of war on our soil (gun violence, death penalty, police violence) and war abroad (military actions and spending in foreign countries). This event will be in—person and live streamed. RSVP for updates!