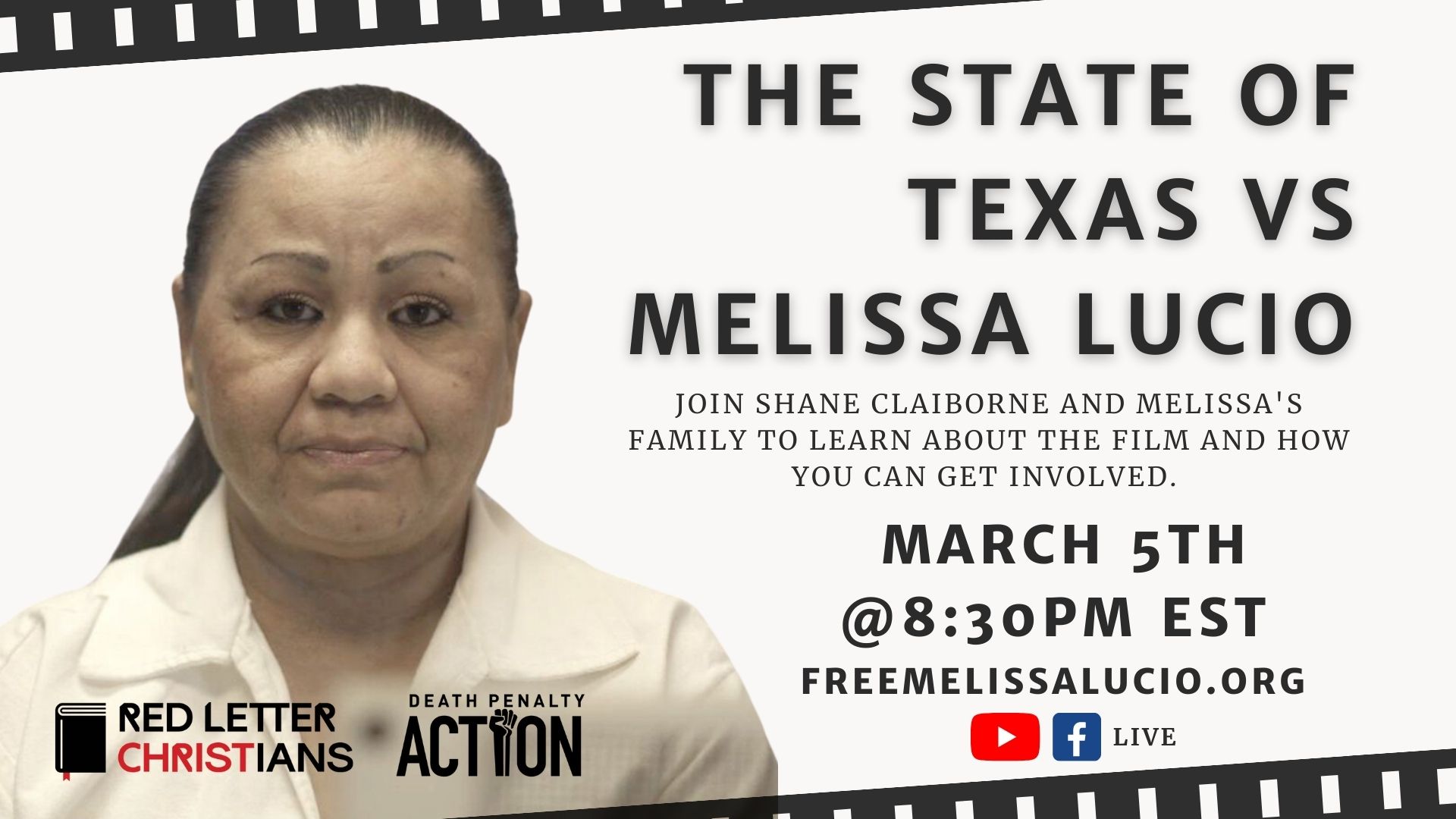 The State of Texas vs Melissa Lucio Event

Melissa Lucio has been on death row for fifteen years for the alleged murder of her two-year-old daughter, Mariah, who fell down a flight of stairs and died of brain injuries two days later. Melissa is scheduled to be executed on April 27th. Her lawyers believe in her innocence and are working against the odds to get a fresh look at the evidence. The only evidence against Melissa is her confession, which was given under duress after seven hours of police interrogation in the middle of the night. Melissa was pregnant with twins, and instead of being able to grieve her daughter’s death, she was accused of a crime.

Join Shane Claiborne and Melissa’s family to discuss the film, The State of Texas vs Melissa, and how you can get involved. The film is available on Hulu and Amazon Prime. In honor of International Women’s Day, the film may also be seen for free at FreeMelissaLucio.org on March 7th & 8th.

Register to join on Zoom or join us here on FB live: