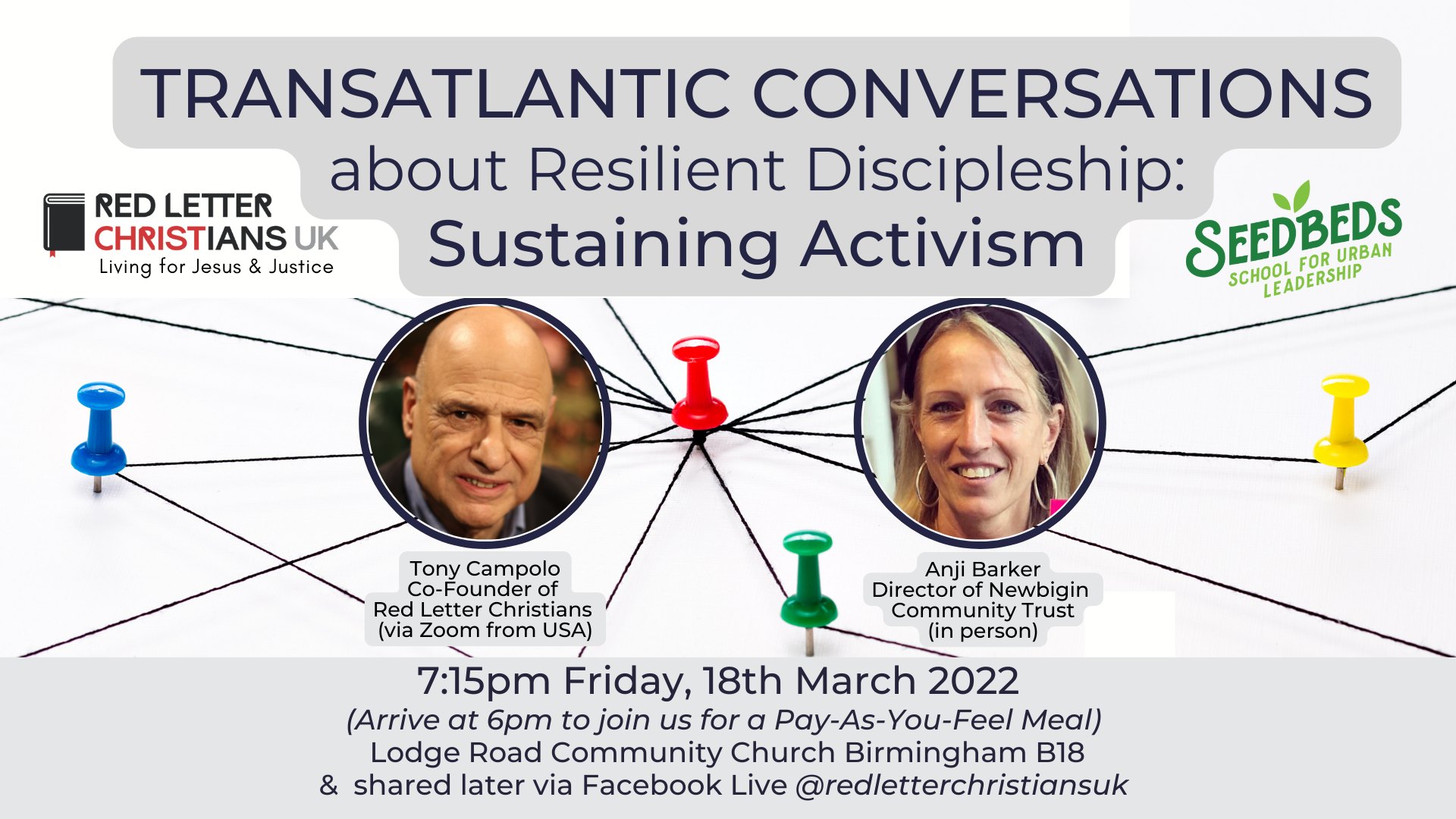 How can Christian discipleship inform and inspire our spirituality, leadership practices and vision for God’s in-breaking, new urban world?

On three Friday evenings in March, Red Letter Christians UK and Seedbeds School for Urban Leadership are teaming up to host Transatlantic Conversations about Resilient Discipleship’ featuring conversation partners focussing on a key area of resilience from contexts on both sides of the oceans.

Tony Campolo is professor emeritus of sociology at Eastern University and a former faculty member at the University of Pennsylvania. For 40 years, he led the Evangelical Association for the Promotion of Education, an organization which he founded to create and support programs serving needy communities. More recently, Dr. Campolo has provided leadership for the progressive Christian movement, Red Letter Christians as well as, for the Campolo Center for Ministry, a program which provides support to those the church has called to full-time ministry. He has written more than 35 books and can be found blogging regularly on tonycampolo.org and redletterchristians.org. Tony and his wife Peggy live near Philadelphia and have two children and four grandchildren.

In November 2012, Tony Campolo received a Lifetime Achievement Award from the National Youth Worker’s Convention. The wording on the award is: “Award of Lifetime Achievement is proudly presented to Tony Campolo who has defined and courageously pioneered what is means to encourage, care and lead students, possessing the qualities that inspire us and provoke us to continue the journey into the future with boldness and confidence. As a result of Tony’s life of ministry and leadership he has left a legacy of encouragement and hope to youth workers and students everywhere.”

Anji Barker is the CEO of Newbigin Community Trust and lives and works in the inner-city neighbourhood of Winson Green, Birmingham. She has 30 years experience in neighbourhood based community work in poor urban communities in Australia, Thailand and the UK. Anji is a trained social worker and has a special gift as an innovative social entrepreneur, having started a number of successful social enterprises in Bangkok and the UK. She is also a passionate speaker and advocate for social justice and grassroots transformation.