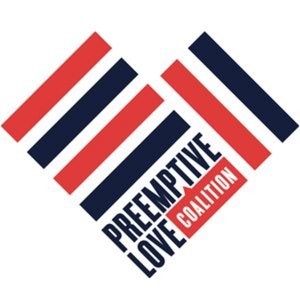 Whether it’s Kony, Syria or Iran, one thing is clear: Americans think more of military intervention than preemptive love. This wouldn’t be surprising, except that so many Americans identify themselves as followers of Jesus Christ, who gave himself up for his enemies. To wit, one of the top-selling books in America right now is the memoir of the most deadly sniper in history. His enemies called him “The Devil.” But where are those who live in such a way that their enemies call them “saints”?

Yes, God works through violence. And people of good character have argued theologically for violence. Still, I humbly submit that the distinctly Christian way forward is non-violent, self-sacriﬁcing, preemptive love.

When we speak of the oppressed around the world, the Church in America often mirrors the rest of society, lacking nuance and moral imagination.

When our churches presume military action in Syria or cheer on stricter sanctions against Iran, we fall prey to simplism instead of acknowledging the “butterﬂy effect” complexities of these God-grieving situations. When a few clicks enlists us to “stop at nothing” to get rid of a murderous warlord, we often fail to do the much harder work of fact-checking, fasting and praying. And when we join our political candidates in character assassination, we allow ourselves to be shaped by sound-bytes over the Word of God.

Cognitive science suggests that our supposedly active moral decisions for war and violence are actually passive responses to the way we’ve been conditioned to think about fear and justice. In order to see change on this front, we need to change the stories we celebrate long before the decision point.

Christians have a story that is very different from the dominant American narrative about our enemies; a very instructive story in which Jesus Christ sends us into the world in the same way God sent him.

So why do so few Christians sign up for this Christ-like preemptive love in protracted foreign affairs? When the war drums start banging, why do so many fall in line? And why do the objectors cite the American debt burden more than the life of Jesus as an instructive reason to not rush to war?

It is understandable, . The story of Jesus has been enmeshed with the story of America’s greatness and her military obligations to the world. But inasmuch as we are citizens in the Kingdom of the Creator, it is high-time to rebel. The cross of Jesus puts Christians “on the hook” of love for our enemies just as it gets us off the hook of judgement in substituting Christ for our sin.

The Church may rarely thwart what our governments would do anyway. But we must follow Jesus and step into the fray and make our unique voice heard in current and coming conﬂicts.

The call of Christ is “come and die” — not “come, be comfortable.” The decades-long evangelical call to “take back our country for God, ” has so little of the good news in it — the message that God sent Jesus to die for his enemies so that enemies could be welcomed in as friends of God. Whither our former enemies? Are we more eager to condemn them to hell than win them with love? Is it possible that force or violence could be God-honoring in our efforts to do justly and love mercy? I don’t know. I fear it might.

But if we knee-jerk to violence, if our children see us celebrating death as justice, if we will “stop at nothing” to get rid of evil, how much evil will we commit along the way? And how far will we continue to drift from the life of Jesus himself?

Yes, there may be a case for force against Iran or Syria. Followers of Jesus should never settle for non-action. But we should always prefer non-violence. Let us pray and fast and wait for creativity from the LORD. Let us open up every diplomatic, economic and spiritual option available. And when physical intervention cannot wait, let those of us who have “put on Christ” go ﬁrst with preemptive love and self-sacriﬁce, praying not to condemn our enemies to hell, but praying to make our enemies our friends.

And let us take heart: the one who loses their life will ﬁnd it.

—–
Jeremy Courtney lives in Iraq, pursuing peace and providing lifesaving heart surgeries to Iraqi children as founder of the Preemptive Love Coalition. You can also follow him on T witter.