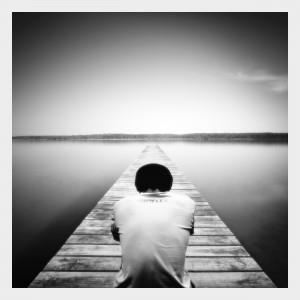 There has been a surprisingly positive response to the article I published earlier in the week called “Seven Reasons Why Young Adults Quit Church.” And as I noted, it was hardly a comprehensive list. There were several others I thought were worth noting if I’d had the room, so I thought I’d continue with the same theme today.

And as I said in yesterday’s article:

– Although the answer(s) vary from person to person, there are some general trends that I think apply in most cases, and;

– In the list below, when I refer to “we, ” “I” or “me, ” I’m referring to younger adults in general, and not necessarily myself.

We Don’t Want to Be “Talked At” Any More: There’s a very strong case that can be made for the value of sermons. Jesus did it. There are times when someone in a position of expertise has something they need to share with a group, and the best way to do it is didactically. But what if people stop listening?

I asked a friend of mine, who is a minister, if he was planning to attend an upcoming conference. He said no, not because the content was off-base, but because he said he couldn’t tolerate more passive learning environments where he sat back and was a receptacle for more information.

Our daily realities are becoming more interactive. Compare the passivity of reading your daily paper with the engagement a blog offers. We expect to be able to take part in the learning process now, rather than it being so one-sided. More churches are going with a model that reflects this, dispensing entirely with the traditional sermon. I’m not sure this is the answer, but more active engagement in one’s discipleship is a must going forward.

Christians Are Seen As Hypocrites: From the scads of TV evangelists busted for impropriety to Catholic priests sexually abusing children under their care, there’s a face on Christianity in the media that says one thing and does another. Though this is hardly the baseline for all Christians, there’s a phenomenon of human consciousness that tends to seek out examples that reinforce existing stereotypes. Things that don’t align with our prejudice get filtered out. The result: everywhere we look, we see examples that reaffirm what we already thought about Christians.

This may not be fair, but it’s reality. And the only thing that tends to change a social stereotype as embedded as this one is a concerted, collective effort to break the prejudice wide open, not with a competing media campaign or by shouting louder. Rather, it happens one person, one story and one relationship at a time. It’s the same way other stereotypes are dismantled, so why should Christians be any different?

Church Seems to Lack Relevance: We are swimming in the wake of a self-help tidal wave that swept through Western culture over the past thirty years. This, combined with the custom-built media universes we’re able to construct for ourselves now, reinforce the question: How does this affect me in my life today?

But at the heart of the Christian message is a counter-cultural theme, particularly in today’s culture: it’s not all about you. This can be a tough sell. After all, who really wants to hear that it’s not all about them? And there are plenty of pandering prosperity gospel types who will opportunistically affirm that it is all about us after all.

That said, we still to have to be mindful in church about waxing theological, while neglecting to identify with the humanity of the people around us in our congregations. At the heart of this connection is story. Not just telling them, but also making space for others to share theirs. And when I say “story” I’m not talking about some inspiring anecdote you plucked form a forwarded email; I’m talking about your story.

If you haven’t already, go listen to the recordings that are part of National Public Radio’s Story Corps project. It is the narrative of a culture, longing for meaning, belonging and to feel something. Church can do the same; we just don’t often enough.

Nobody Looks Like Me: A Young adult commented on my first post on this subject, published on the Sojourners website, that they tried really hard in college to find a faith family that felt right. But despite visiting many churches, she said that all she seemed to find were older people, families with children and a handful of youth, but no other young adults like her. After that it didn’t matter how good the music, the sermon or the coffee were. She didn’t feel like she belonged, so she left.

This long-standing chicken-or-egg conundrum has been a challenge for churches for a long time. It’s kind of like trying to get credit when you don’t have an established line of credit. Where do you start?

First of all, you don’t start by hoping they wander in on Sunday mornings and magically feel comfortable, surrounded by people unlike them. Look into concepts like the ministry of “third spaces” meeting off-site, or spontaneously organizing “hang outs” to help people connect. But I can tell you that we don’t have to look any further than ourselves when wondering why young adults feel marginalized.

My wife, Amy, and I published a book about young adult spirituality a few years ago called “MySpace to Sacred Space: God for a New Generation” (clearly an outdated title now, but what can you do?). We were frustrated when it was labeled on the back of the book as a “youth” book. Why? Because there was no such thing as a Young Adult section in most bookstores and catalogs.

—
Christian Piatt is an author, editor, speaker, musician and spoken word artist. He co-founded Milagro Christian Church in Pueblo, Colorado with his wife, Rev. Amy Piatt, in 2004. He is the creator and editor of BANNED QUESTIONS ABOUT THE BIBLE and BANNED QUESTIONS ABOUT JESUS. Christian has a memoir on faith, family and parenting being published in early 2012 called PREGMANCY: A Dad, a Little Dude and a Due Date.Visit www.christianpiatt.com, or find him on Twitter or Facebook.