From Lament to Healing: Why ‘#ThingsOnlyChristianWomenHear’ Matters 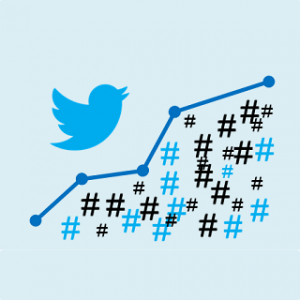 In case you’ve missed it, Twitter has been aflame this week with the #ThingsOnlyChristianWomenHear hashtag conversation about women’s experiences in the church and everyday life. Red Letter practitioner Sarah Bessey  — a Christian author and feminist — unwittingly launched the hashtag before jumping onto a flight, only to be flooded with a torrent of responses when she landed.

While some posts describe positive experiences, the majority of tweets testify to the reality of discrimination and double standards for women in ministry and beyond.

Patriarchy is alive in well in the 21st century, but let’s be real — it’s always been a part of HIStory:

You were the first to preach the Gospel? We will ignore that and instead call you a prostitute. For centuries. #ThingsOnlyChristianWomenHear

So it’s refreshing when Twitter conversations like this center women’s experiences and bring the sin of sexism to light.

Women Ministry: Never deny your husband sex. Once you marry, your body is his body. #thingsonlychristianwomenhear #MisogynyAsDoctrine

“You’re in seminary? Do you want to be a missionary’s/pastor’s wife?” #ThingsOnlyChristianWomenHear

“Only men are strong enough to lead.”

And despite the requisite trolling and pushback, it’s encouraging when these voices are genuinely heard and men step up to listen.

The #ThingsOnlyChristianWomenHear discussion is a heartbreaking, eye-opening glimpse at how badly American Christians have bungled gender

It would be a good thing for fellow Christian men to read through this hashtag. #ThingsOnlyChristianWomenHear Be aware and be better, y’all.

Though male privilege is acknowledged in the thread, Christian privilege is another story. As Red Letter Christian leader Alicia Crosby points out, Christianity does not have the market cornered on misogyny:

And this dialogue certainly does not represent all women’s experiences across race, class, sexual orientation, or a host of other identities that contribute to the mistreatment of women inside and outside the church.

While deeper and more diverse truth-telling is needed in this conversation, it has become a cathartic and empowering space for many women to unpack the toxic teachings and misguided messages within Christianity.

And it has led many to dream about #ThingsChristianWomenShouldHear, a spin-off conversation that creates a vision for the kind of church God calls us to be to one another and the world.

there are no second-class citizens in the kingdom of God. #ThingsChristianWomenShouldHear

I believe you. I’m sorry our Pastor sexually abused you. It’s not your fault. He is no longer in leadership.#ThingsChristianWomenShouldHear

But perhaps the best part of this trending dialogue is how both hashtags help move participants and readers from lament to healing. By holding space for women to grieve and cry out to God’s people, these conversations not only draw attention to the hard truths and injustices within church and society, but also guide us to prayerful acts of repentance and restoration.

Read some of #ThingsOnlyChristianWomenHear this morning. Praying my daughters hear more affirming and hospitable messages as they grow.

As is the nature of Twitter, these trending topics will come to an end. But our work has only begun. May we have ears to hear these stories and the courage to respond as repairers of the breach in all our conversations and interactions — online and offline.