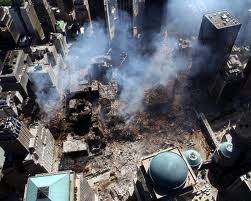 The events of 9/11 retain a powerful grip on our collective consciousness. Nearly every American adult can answer “what were you doing during the attacks?” Personally and collectively, we’ve been profoundly shaped by 9/11.

But new research shows how we can be conflicted between ideals and application. We struggle to implement our values into our lives and our public policy. This raises serious questions about what it means to live as followers of Jesus in an increasingly diverse post-9/11 country.

New research from the Pew Research Center for the People & the Press and from the Public Religion Research Institute and Brookings Institute says:

In such turbulent times, what binds us together? Our ideals or our practice of them? Our common quest for the elusive American dream? What we believe or what we look like? What we’ve done or what we’re still reaching for?

It is natural and necessary to struggle with applying our ideals and values in life. It is a struggle toward healing and hope for all, for the alleviation of cycles of suffering and violence in our homes, in our communities and in our world. It is a struggle done out of love for our God and our neighbor. It is a struggle in which we must strive toward peace and justice for all.

—-
Sheldon C. Good is a former Sojourners media assistant. He is assistant editor for Mennonite Weekly Review and blogs at The World Together.