In advance of World Water Day, we had the opportunity to sit down with TJ Foltz, the President of Humankind Water, an unconventional company which exists entirely to be a part of the solution for the global water crisis.

RLC: Explain what Humankind Water is about.

Hk: It’s really simple.  We sell bottled spring water.  We give 100% of the net profits to fund wells and filtration systems in areas of the world where children are dying without clean drinking water.

So far, with the sales of Humankind Water, we’ve been able to fund 11 wells and filters in Haiti, Malawi and Uganda. We do that through our Give 100 Foundation, our non-profit giving arm, and in partnership with established non-profits who vet the projects for impact and sustainability. 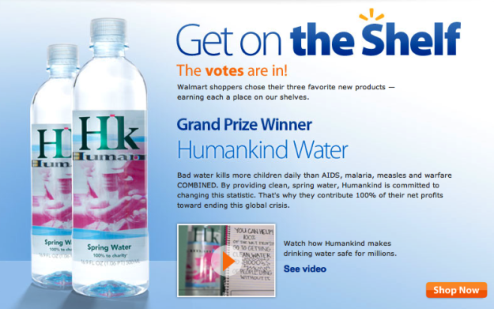 RLC: You won a nationwide contest with WalMart which really boosted sales and awareness. How did that happen?

Hk:  Yeah, crazy story.  We heard about the contest shortly after we got our first bottles out and for sale.  WalMart announced a contest called “Get On The Shelf.”  It was basically like American Idol, but for products.  Products in every category under the sun entered and America and the world got to vote. Long story short, out of 4300 products, Humankind Water won.  Now we’re on sale at WalMart stores from Connecticut to the southern tip of the Delmarva Peninsula.

RLC: Considering all the legitimate complaints again corporate retailers, why sell with WalMart?

Hk: Fair question. First, reach and opportunity. Two-hundred million people shop there; it’s the biggest retailer in the world. Our water is bottled in Pennsylvania and a fair wage is paid to the bottler’s employees. We took the chance on the contest because being in this particular chain offered maximum impact, the biggest shot at not only sales to fund clean water projects, but also raise awareness of the single biggest physical problem in the world with every bottle.

RLC:  That’s all great, but why not just go to the church, make the need known, and take donations?

Hk:  I think there are three benefits to doing it this way.  First is the one I just mentioned, WalMart is the biggest retailer in the world.  Second, it’s working – it makes money for the cause.  Like it or not, bottled water is a $10 billion a year industry in this country alone; $50 billion worldwide.  We’ve already funded 11 new wells and filters by asking people who already buy bottled water, “buy this, not that, and together we’ll change the world.”

Third, and this part hasn’t really happened yet, but I want to spark a dialog about spiritual things in this country.  I want people to debate whether or not we should just keep it in the church, since we’re Christian and marketplace is not, necessarily. I welcome that debate.  Tell us what you think.  If people are talking about it, then they’re thinking about where and how we’re supposed to “act Christian.” Of course the answer should be ‘everywhere.’ 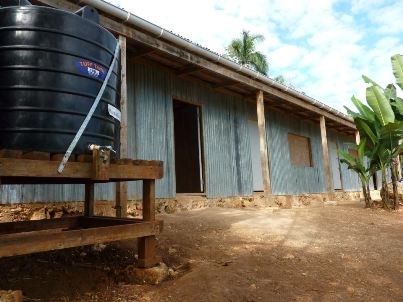 Hk:  I guess I’d take issue with whether or not getting clean drinking water to children dying a needless death from waterborne illness is a distinctly Christian purpose.  Obviously, as a Christian, I think the church should be out in front and leading the charge.  But, I believe it’s every human being’s job to care that 5, 000 kids are going to die today for no other reason than they lack clean water.  In 2010, Kofi Annan, at the United Nations, declared that it is every human being’s right to drink fresh water.  We agree. It is one thing to say it’s everybody’s right, and it is another thing altogether to provide it.  Bad water kills more than AIDS, malaria and measles combined.  That should be everybody’s concern.

RLC: You’re getting a little heat from some for not having Jesus all over your bottle.  It’s philanthropic, but it doesn’t seem overtly churchy. Was that intentional?

Hk: We have gotten a little heat from some circles for not putting crosses and scripture verses all over the bottle.  It was intentional. If we were going to go only to the church, we’d use more of that language, I suppose, but we’re not.  We’re in WalMart.  Is there a truer cross section of all of America than that?  We decided we’re not going to alienate anybody at the peril of children hoping to get clean water.  I should also tell you, we’ve gotten some heat from the other side for being too Christian.  I guess when you’re getting heat from both sides, that’s a pretty good indicator that you’re in a good place. Eventually, it’s going to be a dialog, I really believe that.  Like I said earlier, I really want that.

RLC:  Now, you personally don’t take a salary from Humankind Water. Why?  What’s wrong with getting paid for running this company/ministry?

Hk: Nothing would be wrong with taking a modest salary.  The reason I’ve stubbornly refused is less about what’s fair and more about what’s helpful.  For example:  A Christian radio station based in Allentown gave us a ton of free radio spots. They wouldn’t have done that if any one of us was making a dime off the water.  They told us so.  They wanted to know that we were not going to get rich off of these free 30-second ads.  And they have been a huge help. 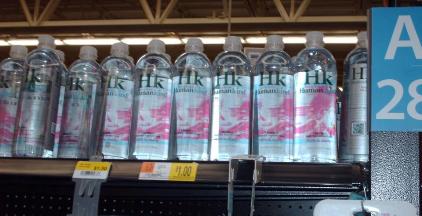 RLC: But what about your needs?

Hk: I am personally supported by churches and individuals who believe in this unconventional mission.  I couldn’t do it without them.

RLC: I was in Starbuck’s the other day, and I saw another brand of water.  On the bottle it says they contribute five cents from every bottle sold to support clean water initiatives.  What do you think of those folks?

Hk:  We applaud them like we do everybody who is helping.  The ones I don’t like are the “cause marketing” products that put a symbol clearly indicating a donation to a certain cause, but when you research it you realize that their contribution is far less than the spike in sales they get for plastering their packaging with the logo.  That’s kinda shady.  They actually make more money in increased sales for advertising the charity, than the tiny amount they give to the charity.  I’d like to see that trend stop.

RLC:  So there will be a lot of talk about the water crisis on March 22, World Water Day. What, in your opinion, is the state of the crisis.

Hk: Access to clean water is still the worst physical problem in the world, but there are a lot of encouraging signs.  The solutions are getting more and more cost effective.  There are more and more NGOs really aware of what sustainability means and how to achieve it.  Awareness really is increasing.  A lot of folks fighting this fight are saying it really is one battle we could potentially see an end to in our lifetime.  Something to pray about – and then act on.

Find out more about Humankind Water at their website — www.humankindwater.org