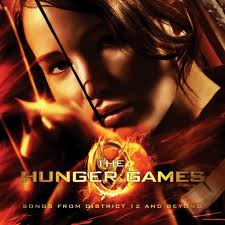 Christian responses to The Hunger Games have run in one of two directions. Some see the trilogy as a powerful critique of violence and the role in plays in contemporary society. Others wonder whether refusing to watch wouldn’t be the proper response from a moral standpoint—noting that this is the exact opposite of what the author and filmmakers want from us, thereby undercutting their own critique.

There is violence embedded in the premise and the question of how that violence translates to film is valid. And yet violence is not the sum of the story. The key to reading the Hunger Games lies in its audience: teenagers. I would contend that The Hunger Games is about something deeper and more basic for an audience of adolescents. It is about what it means to be a human being—and being human is the heart of virtue.

In Tending the Heart of Virtue: How Classic Stories Awaken a Child’s Moral Imagination, Vigen Guroian provides masterful analysis of fairy tales and other children’s stories as templates of virtue. In their classic, pre-Disney forms, these stories are frequently violent—even disturbing at times—but he contends they are essential fodder for moral imagination. Guroian argues that they project a compelling vision of virtuous action, which is exactly what children as adolescents need as they learn to navigate an adult world fraught with uncertainty and sometimes impossible decisions.

Stories like this present complex scenarios in which there is no clear right answer and as such, they are at odds with the didactic stories we so often prefer to present to children. Didactic stories present a comfortable moral lesson, usually in highly reductive terms. We would be more comfortable if we could dismiss The Hunger Games as merely ultraviolent and thus without moral value but we would also be more comfortable if the story were more direct in its condemnation of Panem and the actions it forces upon the heroine.

Instead, we’re left with something uncomfortably more like real life.

Katniss is an ordinary young woman caught in the grip of forces far beyond her control. She is presented with choices but every one of those choices is limited by powers she only vaguely understands. Her noblest choice is to rescue Prim by volunteering for the games. It’s harder to judge the harm she inflicts on others on her way to victory, just as it is difficult to judge her relationship with Peeta.

Guroian’s point about such stories is that they provide an imaginative context for young people to reason morally. They learn by working through the moral quandaries faced by the protagonist. In this case, the story is a vehicle for considering the limitations of contemporary culture. It is a space to consider our culture’s love of performance over authenticity. By thinking with Katniss we consider the many ways our culture asks us to take up weapons—real and metaphorical—against those who are, in the end, just like us.

Collins provides a strong foil for Katniss in Cato, the career tribute hungry for blood. Katniss is hungry to survive but she succeeds on the strength of her character. Character is forged in a child by the things she practices day in and day out. Katniss knows how to hunt because she has been feeding her family for so many years. She instinctively protects Rue because she is well-practiced in her care for Prim. Peeta worries about losing himself in the game. Katniss doesn’t because she is rooted in an authentic identity. These are the things preserve her and sustain her.

She emerges as a hero to the people of Panem because she plays the game well. She does so in a way that draws attention to the absurdity of the game and that is her ultimate act of subversion.

Violence figures in the story and that deserves our attention but at root, The Hunger Games is less about violence than it is about virtue.

It provides an opportunity for young people to contemplate the ways they are caught in a game not of their own making. This is another way of saying they are caught up in a web of sin—both theirs and others.

They exist within systems that oppress them and others. They are complicit and victimized. The sins that hold them threaten to destroy their very humanity. And yet, by grace, they also have the ability to resist. On the strength of a character forged over time, they can break through, truly human in the midst of monstrous inhumanity.

The story is an opportunity for young people to learn how to reason morally under impossible constraints. This is the stuff of adulthood.

It is the substance of being a fully grown person on the way to being ever more fully human. And that journey, like the violent story of Jesus’s death, is at the heart of our Christian faith.

—-
Annie Bullock lives in Austin, Texas with her husband and three children. She is a Humanities Instructor at Regents School of Austin and the author of Real Austin: The Homeless and the Image of God.