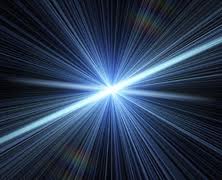 My son, Mattias, was in a religious school in town for a while for preschool. We knew going in that their beliefs did not align in a lot of ways with ours, but there are limited options in a town the size of Pueblo. I’ll admit it was pretty funny the day we got a call from the principal, telling us that Mattias had engaged the pastor in a rather vocal and public debate about the Lord’s Prayer, right in the middle of a school chapel service.

Apparently the pastor didn’t use the “right” words. And anyone who knows Mattias probably isn’t surprised by his boldness.

But they neither threw him out nor condemned him to hell for his heresy, so we laughed it off and had a little talk about confronting adults with matters of philosophical difference. Everything went smoothly for a while. That is, until they told him the world was coming to an end.

Actually, they didn’t tell him that technically. It was a family friend’s second-grade son who they told the world would end. Then the older kids shared news of the pending apocalypse over lunch.

“Taylor’s teacher said the world might end tonight, ” Mattias said as he wiggled into his car seat.

I guess we’ll dispense with the after-school small talk today.

“Oh really, ” I said. “Any particular reason why?”

“She said they’re starting up the super-collider in France, and that it might make a black hole that sucks the earth up in it.” Quite a mouthful for a four-year-old, but no one has ever accused Mattias of being short on verbiage. I could have used him in college. Never would have had to take notes.

“Interesting, ” I could feel those little tingles creeping up the back of my neck that I get when I have the urge to strangle someone. “So do you have any homework for tonight?”

“Wonder if Taylor’s going to do his tonight.”

The world has never been short on doomsday prophets, intent on predicting the end of days. And it has reached fetishist proportions this year with the end of the Mayan calendar.

See, that’s why I never buy paper calendars. They always end, and I don’t want to be the one responsible for Armageddon.

But the Mayans and their Johnny-come-lately adherents aren’t the only ones. Harold Camping has predicted the end a few times, most of which haven’t worked out so well. But each time he adds a little footnote as to why he was a little off, but that the next prediction REALLY is the big one, so be ready.

I’m not entirely sure why we’re so obsessed with trying to know when everything will come to a grinding halt. Christians in particular have been warned by Jesus himself not to occupy our hearts and minds with such things. So how come we can’t seem to stop trying to figure it out?

It’s not like the one who is finally right will have much of an audience around to say, “See, I told you so!” to. Doomsday prophesy really is a dead-end gig, if there ever was one. Of course there’s the profit motive of those who use such predictions to bilk followers out of money. But most predictions, like those of Camping and most who believe in the Mayan calendar thingy, don’t seem to benefit much from their claims, if at all.

I’ve decided that it ultimately comes down to human ego. People love to be able to say that they were at X, Y or Z important event. Whether it’s a tragic accident, a huge party, a celebrity sighting or a historic sporting event, there’s something very attractive about being able to say, “I was there. I saw it first-hand.” It’s as if we become somehow more important by association, having been a part of the moment, even if only as a passive observer.

Again, it’s not like we’ll have anyone to brag about if we’re in fact the ones to witness the end of it all, but there’s some morbid appeal to the notion that we were the last ones on earth; we saw it happen. And what’s more, we knew it would happen before anyone else.

Everyone wants to be a headline. Nobody dreams of being a minor footnote. And we’ve fostered this kind of egomaniacal self-centeredness both in our children and through media that reinforces the idea that we can custom-make our own reality. We surround ourselves with like-minded information that, rather than informing or challenging us, assures us that we’re right.

Just imagine what a big head Narcissus might have had if, instead of a reflective pool to gaze into, he had an iPhone that reflected back to him an entire universe of his own invention.

So yeah, why not assume we can – or even should – predict the end of days? Sure, it assumes a lot about our agency in the universe, or at least about our wisdom and understanding of it. But there’s little to dissuade us of such a perspective, really. In fact, a large chunk of our global economy now depends on the presumption that each one of us believes we’re actually “that special.”

As Jon Stewart likes to quote his mom as saying to him while growing up, “You’re not so special.”

Sounds harsh, doesn’t it? Only in the context of a culture in which there are three-hundred-million-plus centers of human existence in the United States alone. And yes, I will readily concede the irony of discussing this issue on a blog that I assume is relevant enough for people to take time to read.

But see, I’m different. My mom always told me I was special. And she’s never, ever wrong. So there.

None of us wants to be unremarkable. Something about it feels like less than our divinely-endowed right as human beings. But remarkability in the sense that the world deems valuable isn’t really what we’re called to. In fact, Jesus redirected attention, time and again, away from himself. He didn’t hide himself from people, nor did he silence his voice when he had something he believed needed to be said. But he did remind people that it wasn’t all about him, but rather the One who sent him.

Why, then, do we seem to insist on being the exception to that central claim of the Christian faith?