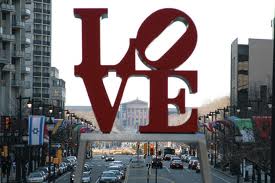 On March 14, 2012 Mayor Michael Nutter announced a plan to ban “outdoor feeding” in the City of Philadelphia. In effect this would make it illegal to share or distribute food in public places without a permit.

We understand that there are some concerns from the Board of Health regarding health and safety of the food that groups share with the homeless. We are glad to see energy devoted to classes that educate and equip groups in food preparation, storage, and distribution so they can more carefully feed folks who are hungry. We share the desire of the Mayor and Health Department that folks eat in dignified settings. We echo the Mayor’s dream that every person be able to have a nutritious meal sitting around a dinner table, and we look forward to the day when homelessness and poverty are history. But homelessness and poverty are not yet history. They are a reality facing many of our brothers and sisters and fellow Philadelphians.

It is certainly appropriate for the City to intervene when there are specific groups that are sharing food in a way that is unsafe, unsanitary, or irresponsible. However, a citywide ban on food sharing is neither a necessary nor a sensible response to these exceptional cases. We are deeply concerned that these new regulations and policies – and the Mayor’s ban on sharing food – do more harm than good. They create bureaucratic barriers to compassion.

The very name of our City comes from the Greek words “phileo”, meaning “I love”, and “adelphos”, meaning “brother” – hence the “City of Brotherly Love”. Phileo is one of the three Greek words for love, and it describes the kind of deep love that brothers and sisters have for each other.  We hope our City lives up to its name.  We are committed to making sure that it does.

The proposed regulations suggest the requirement of permits when providing food for more than three persons, and other unreasonable requirements, such as providing a menu of food to be served as far as a year in advance. Our fear is that these regulations specifically target and will be selectively enforced against some of our most vulnerable citizens. It is hard to imagine every barbeque cookout, religious service with a potluck dinner, family reunion, or block party being prohibited from sharing food. Of course, failure to equally enforce this type of legislation would be a clear civil rights violation as well as an act of discrimination. The parks and public spaces of our city should be enjoyed by all citizens, rich or poor.

Sharing food with those who are hungry is a fundamental act of human conscience. The thousands of people who share food in any way, both inside and outside, make the world a better place. The economic challenges facing our nation have awakened in us a sense of solidarity, knowing that there is a fine line between “us” and “them”. Additional cuts in City funding threaten to make such acts of generosity even more necessary. Philadelphia’s Deputy Mayor Schwarz has noted that most funds for the City’s human services come from the State, where a new budget threatens to cut $41 million in social service funding, representing a 20% cut, threatening even those services that currently exist – and do so much good.

For many of us, sharing food is not only a matter of conscience, but is also an act of faith, a spiritual practice, an exercise of religious freedom. There are many of us who believe that to be Christian means to be “born again” where we have a new definition of family that runs deeper than biology, making it just as essential to care for those we are biologically unrelated to as those we are. This new legislation potentially makes it illegal for a church youth group to take pizzas to homeless folks in a park, or a family to take the delicious leftovers from a Bar Mitzvah to folks sleeping under a bridge. It is unconscionable.

In the Bible, Jesus even goes so far as to say that when we feed the poor, the “least of these”, we are feeding Christ himself.  When Jesus speaks of the final judgment he says we will be asked by God, “When I was hungry did you feed me?” Can you imagine if our response was, “Sorry God, the city would not give us a permit?”

One of the stories of the Gospel involves Jesus doing a miracle where he takes a few fish and loaves and multiplies them, feeding hundreds of hungry folks.  Jesus didn’t have a health permit to do that outdoor feeding. In fact if Jesus had tried to perform that miracle feeding in Philadelphia under these proposed laws, he would have gotten into serious trouble. Jesus bids us come and follow – feed the poor, care for the hungry. We are not willing to allow unjust policies to be obstacles to love.

Our organization, The Simple Way, started nearly 20 years ago as college students shared food with folks on the street in downtown Philadelphia. Over the years our organization has grown and evolved, but sharing food and resources with those in need continues to be at the core of our mission, and of our faith. In fact, as long as folks are hungry we cannot NOT share.

At various intervals in our history we have faced obstacles to our work, like this current policy. We insist on humbly but persistently interrupting injustice.

Twelve years ago the City began passing anti-homeless regulations and policies very similar to the current food ordinances being enacted by Mayor Nutter and the Board of Health. Hundreds of us voiced our concern about the laws, and dozens of us were arrested for sharing food and sleeping in public. In the end, we won a major victory in court.  In fact, the Philadelphia Judge even declared that those of us who broke the law were not criminals but “freedom fighters”, citing the Boston Tea Party and the Civil Rights movement.

We cannot help but see this current struggle as a new chapter in the story of American activism, which has deep roots right here in Philadelphia.

One of the proverbs of the Civil Rights movement in America was: “Noncooperation with evil is as much a moral obligation as cooperation with good.” And it was St. Augustine who said, “An unjust law is no law at all.” This is an unjust law and we are obliged to not comply.

We deeply value dialogue and are convinced we can all do more together than we can on our own. As for this new government policy, we can do better – and we must.