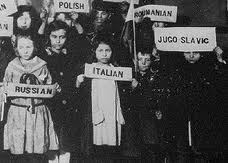 I am committed to diversity. I believe that we all benefit when we interact with people of other cultures, other races, other sexual orientations, and other religions. There is much that we can learn from people who are different from ourselves, and living as we do in the global village, it is important that we come to understand and know each other with greater depth than was the case a generation ago.

In spite of all these positive dimensions to diversity, there is a concern that has emerged among many sociologists, some of them leaders in the American Sociology Association. They express deep concern over the tendencies to foster diversity, especially here in the United States.

They ask some simple questions such as: Is it possible for society to have any sense of coherence and unity without a common set of values? If the answer is no, then the follow up question has to be: Will cultural diversity create an array of cultures in a given societal system that have conflicting values at times which can lead to disruptions in the ability of a society to function with any degree of harmonious effectiveness?

“Consider the fact, ” these sociologists say, “that in Los Angeles demands for bilingual education have created a situation in which education is being carried out in more than 20 different languages.” While such a program is legitimating diversity, it also creates an array of subcultures which violate the national motto, which is “Out of many comes one.”

America once held to a belief that the future of the country depended on the great “melting pot” effect. As a matter of fact, public education was created with the idea that people coming from various countries around the world could be blended into one unified societal system with a common set of values if the children were raised in a common educational system. Today, there are questions being raised by those like myself who advocate diversity. The question is, “Do we really think that bilingual education and its concomitant, diverse cultures within a given societal system will create a unified nation, and is a unified nation essential for our survival as a society?”

I will be interested in your response to this question.  I am interested in this for a variety of reasons, but most of all as I need to learn from the readers of our blog what they think on something that is becoming a serious issue. Consider the fact that in a major city in England, the Muslim community is advocating Shiite law be established as an alternative to the British legal system, and that Muslims not be obligated to abide by British law, but by their own Shiite law. Is this evidence of some dark projections about the future, or is this a good thing? I will be waiting to learn from you.