For most of my life, I have related to money as an enemy. I viewed finances as a necessary evil, a barrier that had to be overcome somehow in order to live a life free from worry and drudgery. Lots of people wish they had more money; I’ve mostly wished that money did not exist at all.

As I grow older and become more settled into stable social and economic relationships, I have begun to question whether this is the healthiest way of thinking about money. Without a doubt, there are good reasons to be skeptical of the financial system we live in. We live in the midst of an economic obscenity, where billions of people live in destitution while a tiny elite controls most of the world’s wealth. Even in a rich country like the United States, our level of income inequality is breathtaking. Clearly, the system is being deliberately gamed by the powerful at the expense of the 99%.

Related: The Danger of Mixing Wealth with America’s “Me” Mentality – by Ian Ebright

But do these abuses justify my generalized aversion to money and markets per se? Jesus told his followers that we are to be as wise as serpents and innocent as doves. I think I’ve always been more comfortable with the innocent dove part of that phrase. I tend to desire a life outside of the corrupt systems that we have developed as a society. Rather than compromise with an unjust social order, I’d rather escape altogether. 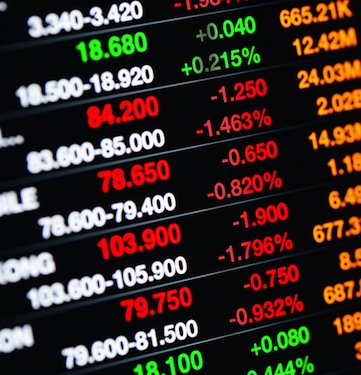 While being as wise as serpents does not mean that we are to uncritically buy into the world’s way of doing things, it does require that we thoroughly understand these systems, and operate within them in ways that advance the kingdom of God. How can I be part of the kingdom of God – a radically new social order, based in an economy of love – while navigating the framework of human economies that are often based more in greed than in concern for the general welfare?

I’m not sure exactly what form it will take yet, but I’m sensing that I probably need to become a little bit wiser in the ways of the world. For most of my life, I’ve emphasized the dove part of this equation to the point of an unhelpful personal purity. Being all dove and no serpent may make me feel righteous, but it ultimately makes me less effective as an agent of God’s transformation in the world. In my experience, the more I try to opt out of the money system, the more enslaved to it I am liable to become. The things that I refuse to acknowledge and reckon with can pose the greatest threat to my growth as a follower of Jesus.

Also by Micah: Give It All Away – Could Jesus Possibly Have Meant What He Said About Money?

With all this in mind, I’m calling a truce with money. No longer will I relate to it as an enemy, an aggravating barrier to be circumvented. Instead, I am praying that God will open my eyes to how I can manage finances and do business in ways that bless others, build community and strengthen my ability to be released for the ministry that God is calling me into.

What is your posture towards money? Is it a friend, an enemy, or something in between? How do you personally navigate the moral dilemmas that our economic system poses? What does it mean, in your economic life, to be as wise as serpents and innocent as doves?

—
Micah Bales is a founding member of Friends of Jesus, a new Quaker Christian community, and has been an organizer with Occupy Our Homes DC. A communications and web strategist by trade, he is employed by Friends United Meeting – an international Quaker denominational body. You can read more of his work at his blog,  The Lamb’s War or follow him on Twitter.