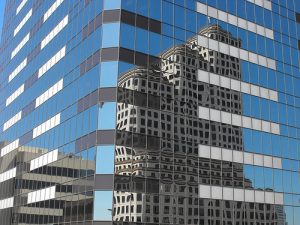 Some people find great pleasure in being the first to claim the death of the latest thing to capture our collective imagination. You can see it everywhere in the worlds of fashion, art and technology, but this jadedness has crept into religion too.

I have heard a handful of people claim that postmodern theology is dead. We’re moving on. That ship has sailed. Next! But to say as much betrays ignorance about what is at the foundation of postmodernism.

Some people mistakenly think that postmodern thought has only been around for the last several years, but in fact, the concept of postmodernism has been around for more than a century, and it has been applied to religion and theology for nearly as long.

Postmodernism is essentially a response to modernism, a more dualistic, absolute, objective way of seeing the world that emerged from the Enlightenment. Whereas a modernist sees most truth as either/or, a postmodernist is more comfortable with the both/and perspective, allowing multiple truths to exist in tension. It recognizes the significance of subjective reality on our understanding of truth, and as such, challenges more rigid doctrines, dogmas or policies that value uniformity of thought over pluralistic coexistence.

It’s not hard to see why this way of thinking, which was originally used in a religious context as a philosophical critique of Catholic teaching and theology, would appeal to many of today’s Christians. Many of us have, ourselves, had negative experiences when our understanding of God butts up against a seemingly immovable doctrine of the Church. The result has been, for this and other reasons, a mass exodus of younger people from organized religion.

Enter what some call the Emerging Church. Though some wrongly label emerging church or theology as nothing more than a trendy new wrapping for the same old thing, it’s actually both a byproduct of, and a reaction to, the world we live in today. We’re more heterogeneous in our cultural experience for the most part, and the world has shrunk down, connecting us all as one global Diaspora.

At the same time, movements such as neo-liberal globalization and neo-conservative nation building have revealed that the dualistic, modern way of thinking and living hardly is a thing of the past itself. While there are powers in our world that would prefer to delineate the planet along us/them, good/evil sorts of dualistic lines, the emerging Christianity seeks to embrace the pluralistic coexistence valued by postmodernism. At the same time, it longs to connect people through more ancient ways of relating, reflecting the monastic, tribal and communal models of society.

This isn’t to suggest that emerging Christianity seeks to deconstruct modern life or separate itself from it, but rather to coexist within it, while also challenging modernist power systems that seek to oppress, dehumanize or marginalize. All of this, if considered in the context of Christ and his ministry, is nothing new.

Will emerging Church fade away, be hybridized by yet another movement or calcify into something much like the things it was meant to resist? Most likely. But to reduce it down to a fad promulgated by a handful of opportunistic faith leaders is to ignore the scope and breadth of postmodernism itself, where emerging Christianity came from.