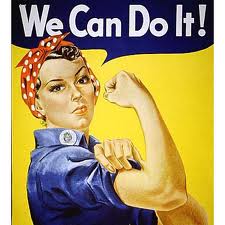 If you are concerned about the question of gender and Christian faith you have probably heard someone say, “Yes, the woman’s question is important, but it is not a ‘primary issue.’” What is at the heart of this comment? Primary issues are understood to be those that focus on the gospel, evangelism, and the leading of the lost to Christ.

As the following email illustrates, one’s biblical position on gender clearly advances or diminishes the good news of the gospel. Emily, a woman who recently contacted Christians for Biblical Equality, writes:

I had heard the word of God, and I felt moved by much of it …. However, I was held back from this because I was told … Eve [was] really responsible for all sin in the world, and not Adam, even though she didn’t force him to eat the forbidden fruit … I was to be silent in church and women could not hold a position of responsibility. It was as if God had already decided that because I am female there was nothing [God] cared to hear me say. And worst of all was what was to happen if I were to marry. I would become a slave to my husband, obeying his word as if it were the word of God … I left church behind and my faith in the Lord with it. I couldn’t reconcile being part of a religion that had labeled me as inferior from birth.

Emily, like all humans, understands when faith is presented in a way that is illogical or unjust. It is because of people like Emily that many Christians are not only reexamining scripture’s teaching on gender — they are also discovering that the differences between egalitarians and complementarians (those who support a male model of authority) — run deeper than a difference in interpretation or personal preference. Egalitarians and complementarians present differing worldviews, and this is why so many of us challenge gender-hierarchy as God’s ideal.

Christians for Biblical Equality (CBE) is devoted to showing individuals like Emily — who have left the church, or who refuse to marry, or who have joined other religions — that scripture does not extend authority to men just because they are male. Rather, leadership and service is the product of God’s gifting, one’s intimacy with God, and one’s moral choices.

In many ways our work as egalitarians resembles that of evangelicals in history who also challenged a defective worldview — one that viewed Africans as destined by God to permanent servitude. Such a mistaken perspective distorts the key elements that shape one’s worldview. These include:

As scholars such as Alan Myatt has observed, a corruption in one area of worldview distorts the others. As slavery proponents insisted that the divine destiny of Africans was servitude (purpose); they also advanced a biblical basis for slavery (knowledge). Individuals of African descent were therefore said to possess an inferior nature (ontology), which is why they must be ruled by others’ (ethics). To redress this flawed worldview, abolitionists had to “put right” all four elements. That is why some early evangelicals challenged slavery with a robust biblicalism (knowledge) that showed how each person is made new in Christ (ontology), and through God’s Spirit, all believers are gifted for service regardless of ethnicity (purpose). This view, in turn, leveled a serious theological challenge to the institution of slavery (ethics). As a more biblical worldview prevailed, slaves were freed and some flooded to the mission field, where their calling and giftedness were evident. Ultimately it became clear that slavery was not a matter of preference or difference in biblical interpretation, it was a worldview with eternal consequences.

In a similar manner, Christian women are often told that their divine destiny is permanent submission to male authority (purpose), a view that, some say, is promoted throughout scripture (knowledge) and one that is rooted in the Trinity itself; established not because of a woman’s character, giftedness or intimacy with Christ, but based solely on gender (ontology). Therefore, women are to obey men, and men are to hold ultimate authority over females in the church and home (ethics). Thankfully, like abolitionists, egalitarians have made their case biblically (knowledge), that women are created as strong partners for men (Gen. 2:20) (ontology), and as such are to exercise a shared dominion with men (Gen. 1:28) (purpose). As women shared leadership and authority on mission fields around the world, it led to one of the largest expanses in all of Christian history — the Golden Era of Missions. As women are given equal authority to make decisions in marriages, this not only leads to happier marriages but also to a lower incidence of abuse (ethics), according to the research of Life Innovations, Inc. As believers embrace a more biblical worldview on gender, we offer a clear image of God to those who have left the church because of prejudice against females that cannot be sustained biblically.

Does the shared leadership and authority of women and men advance a more biblical worldview? Katharine Bushnell observed in 1919 that a consistent interpretation of scripture requires that we assess women’s capacity for service in the same way we assess men’s — not based on the fall — but through our atonement in Christ. To do otherwise does violence to the gospel, to which all of scripture and history point.

—-
Mimi Haddad is President of Christians for Biblical Equality