Have you heard about Ban Bossy,  the campaign initiated by the Girls Scouts and Facebook COO Sheryl Sandberg’s nonprofit organization LeanIn.org? If you haven’t, here’s the core message in a nutshell:

“When a little boy asserts himself, he’s called a “leader.” Yet when a little girl does the same, she risks being branded “bossy.” Words like bossy send a message: don’t raise your hand or speak up. By middle school, girls are less interested in leading than boys—a trend that continues into adulthood. Together we can encourage girls to lead. Pledge to Ban Bossy.” 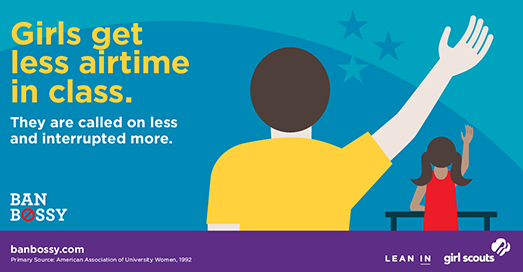 I agree with the Ban Bossy message. Parents, educators, church leaders and youth leaders need to pay attention to, and change, the way we talk to girls. Why?

Because the words we use reveal the messages we live by.

I’m grateful to LeanIn.org and the Girl Scouts for challenging us to recognize that leadership is not bound by gender. I’d like to add that it’s not bound by temperament either.

Several years ago, my kids were playing with a little boy who had an assertive personality. He was speaking louder than the other kids, doing the majority of the talking, and telling the other kids what he wanted them to do. His mom, somewhat apologetically, said, “We’re working on trying to help him be a little less bossy.” After a brief pause, his dad said, “Or we’re just going to start calling him a leader.”

I laughed along with the other parents, but I remember being annoyed that this person was equating “bossy” with “leadership.” 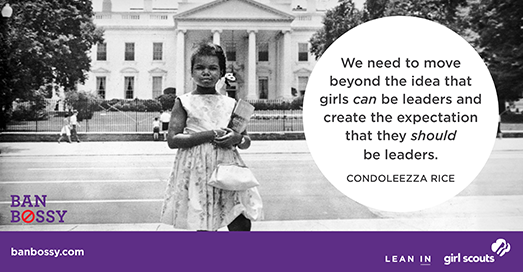 Having an assertive personality doesn’t automatically make a person a good leader.  Unhealthy assertive types can make particularly bad leaders when their assertiveness disintegrates into aggression, dominance, control, and abuse of power. We rightly refer to these people as dictators rather than leaders. Assertive personality types can be great leaders, of course, especially as they learn to listen well and often, welcome other people’s ideas, and share power.

But people with more withdrawn personality types can also be great leaders. They naturally tend to listen well and share power, and they can learn to assert themselves in various ways including making adjustments in their body language and increasing their vocal volume. 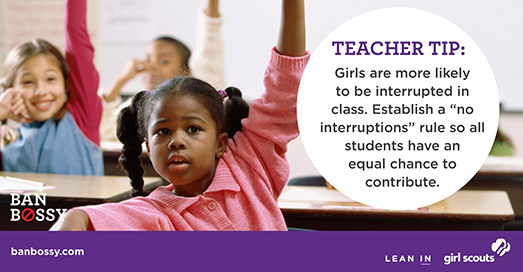 We often try to shut down in children the things that we haven’t come to terms with in ourselves.

Christians look to Jesus as our flagship example of a great leader. Jesus embraced and exhibited both lion and lamb-like qualities. He turned over tables and held young children. He challenged the religious establishment and wept over Jerusalem. He was decisive about healing people on the Sabbath and he hesitated in the Garden of Gethsemane, questioning whether there was another way.

To follow Jesus’s example of leadership is to integrate both the lion and the lamb within us. 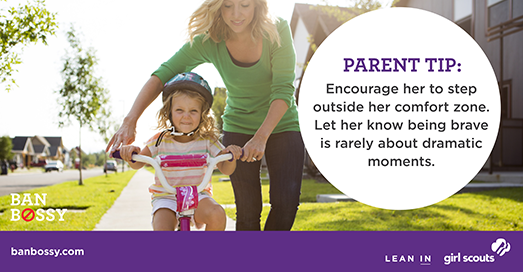 If a father hasn’t learned to embrace both the lion and the lamb within himself, and over identifies as a lion—believing that this is what makes him a man—he will shame his son when his son exhibits lamb-like qualities.

A mother can also over-identify as a lion, believing her lion qualities are what make her a strong woman. She may shame her daughter for exhibiting lamb-like qualities out of fear that her daughter will one day be taken advantage or abused by a man if she doesn’t become strong enough.

A mother may also over-identify as a lamb, believing this is what make her “feminine” or “a good Christian woman.” She may shame her daughter when she exhibits lion-like qualities, fearing that her daughter will not fit into the narrow view of “Biblical womanhood” that she lives by. 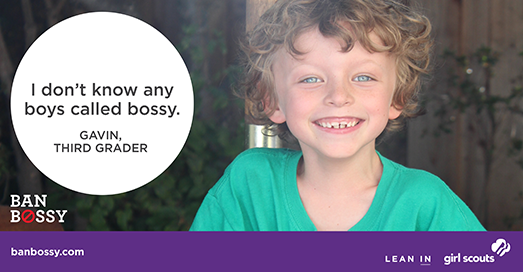 Words matter. They make up the messages we teach and live by.

We are not immune to cultural messages and neither are our children and teens. If we think certain messages are harmful, we have the opportunity and the responsibility to change them.

The next time you find yourself wanting to use the word “bossy, ” pause. Is there a better word? Better yet, is there a better way to engage with the assertive person before you—child, teen or adult—that both values the way God designed her and at the same time values the other person with whom she is relating.

(A special thanks to Catherine Skurja for her work on the lion/lamb concept as it relates to spirituality and personality. Read more in her book Paradox Lost. Thanks also to Richard Rohr and Andreas Ebert for their insight on Jesus and personality in their book The Enneagram: A Christian Perspective.)