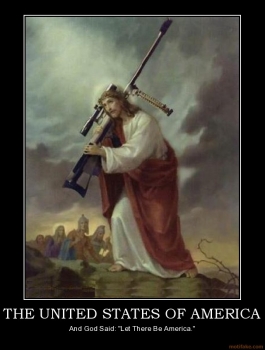 Guys are stupid.  Add explosives to the equation and the idiocy quotient increases exponentially.  Such was the case every 4th of July during High school.  A group of about 20 guys would get together to BBQ and play with illegal fireworks.  At any unsuspected moment while taking a bite out of a burger, an M-80 could be lit under your seat, a sparkler thrown at your bare chest like a dart, or a mortar could be shot like a bazooka, catching bushes on fire.

Then, there was the “bottle rocket game.”  Us guys would stand in a circle with our arms locked in a tight circle.

Following this precise formation, the bottle rocket was lit and dropped in the middle of the circle.  Adrenaline pumping and terrified adolescents jumping, we’d pray like heck that the flying explosive wouldn’t impact and explode on our legs… and yes, some jeans did catch on fire.  These chaotically stupid memories simultaneously serve as some of the most fun I can recall experiencing.  So, for me, Independence Day equals fun.

However, there’s a deeper reality to which this holiday points.  Only about three years ago did I realize that in celebrating Independence Day I’m also glorifying the pagan roots on which this nation was founded: an unjust war. The “rockets red glare” and “the bombs bursting in air” remind us not of the day God liberated the colonies, but of the moment in history when our forefathers stole the rhetoric of God from authentic Christianity to justify killing fellow Christians. There’s two reasons I’m convinced that celebrating Independence Day celebrates an unjust war.

First, nonviolence was normative prior to Constantine.  However, even if you believe that there are moments when violence is justifiable by classical “just war” criteria, the Revolutionary War does not meet those standards.[1] Consider this summary: “Wars, to be just, must be fought under established governments, they must restore justice or preserve peace, they must be a last resort after exhausting peaceful means to solve a conflict, and they must be fought with the minimum of violence necessary and with proper safeguards for noncombatants.”[2]

The Declaration states that “when a long train of abuses and usurpations… design to reduce them under absolute despotism…” it’s right to “throw off such a government.” [3] The document goes on to list about twenty grievances including: frustrations with taxation, troops quartered, ignoring murder, lack of Parliamentary representation, and more.  Most historians agree that the Revolution was a “tax revolt, first and foremost.”[4]

In regards to taxes, the mantra “no taxation without representation” rings in our social studies books.  The question to ask is the nature of the taxes leading up to the war.  These taxes are connected to another war: the French and Indian War (1754-1763).  When the colonists were threatened in conflict, who came to save the day???  The British!!! So much, that the debt of England had increased by £130, 000, 000 during the war.

To alleviate the heavy burden, Parliament passed the Stamp Act.  Later, the Tea tax was added to help the importer who was facing financial difficulties.  Oddly enough, even during the events leading up to the Revolution taxes were significantly lower and tea cheaper in the Colonies than in England! “The tax burden of the nearly two million colonists was per capita only one twenty-fifth of the roughly 8.5 million residents of Britain.”[5] Does that change your view of taxation and the Revolution?[6]

Unfortunately, the reality that Parliament could impose taxes, led the colonists to fear that further controls would be taken.  This led the famous Boston Tea Party, which then led England sending troops to regulate the lawlessness.[7] Sadly, as history shows, some colonists believed that this was all part of some conspiracy to eventually eliminate all liberty, so they took up arms and fired the first shot at Lexington.  No such thing was ever discussed by Parliament. Not only so, but the relationship between the Colonies and England were no different than modern U.S. policy in Puerto Rico – who get taxed without representation. 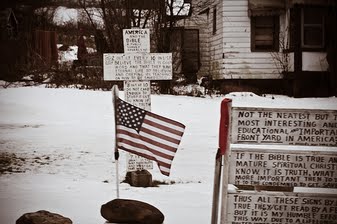 The second reason that the Revolution clearly doesn’t fit the category of “just war” is hypocrisy.  Instead of going into details, let’s go to one of the most credible Christian voices in history, John Wesley:

Look into America… see that Negro, fainting under the load, bleeding under the lash! He is a slave. And is there ‘no difference’ between him and his master? Yes; the one is screaming ‘Murder! Slavery!’ the other silently bleeds and dies!  ‘But wherein then consists the difference between liberty and slavery?’ Herein: You and I, and the English in general, go where we will, and enjoy the fruits of our labours: This is liberty. The Negro does not: This is slavery. Is not then all this outcry about liberty and slavery mere rant, and playing upon words?[8]

The very men that worried about becoming the slaves of ol’ King George, perpetuated the worst system of slavery in the world!  Consider the words of historian, Mark Noll:

Only one population in the colonies clearly was justified by classical Christian reasoning in taking up arms to defend itself—the half-million or so enslaved African Americans who were held in bondage as the result of armed attacks upon peaceful noncombatants.[9]

If ever there was a situation that called for “just war, ” it was the first century.  The Roman Empire oppressed and killed people in Israel.  There was no liberty for the Jewish people.  Yet, Jesus taught the exact opposite of revolution – “But I say to you: don’t use violence to resist evil!” (Matthew 5.39, Kingdom New Testament).[10] Even if one holds to the possibility of a “just war, ” historically, the victory we celebrate as Americans every 4th of July, does not count.  May we quit appealing to pseudo “just war” theories and start appealing to just Jesus, because the only Independence Day worth celebrating is Easter – which reminds us that violence doesn’t win because the tomb is empty!

[1] 1) Just Cause: War is allowed only “to protect innocent life, to preserve conditions necessary for decent human existence, and basic human rights.”  2) Proportionate Cause: Damage inflicted must be proportionate to the good of the outcome.  3) Right Intention: “Requires the pursuit of peace and reconciliation.”  4) Competent Authority: War is “declared by those with responsibility for public order, not by private groups or individuals.”  5)Probability of Success: “Serious prospects of success” that violence will be worth it.  6) Last Resort: “All peaceful alternatives must [be] exhausted.”  7)Comparative Justice: “No state should act on the basis that it has absolute justice on its side.”

[2] The Search For Christian America by Mark A. Noll, Nathan O. Hatch, and George M. Marsden, 95.

[3] All facts come from the following source or the previous one: America’s War for Independence: Just or Unjust? by John Keown of Georgetown University.

[7] It’s worth noting that England could have been better at diplomacy.  The confusion caused by their poor response certainly added to the conspiracy theories.

[10] For more on this passage and nonviolence in general, go here.