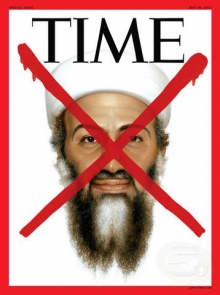 Like just about every other American, I can tell you where I was, what I was doing, and how I heard the news on that September day.  But that’s not the memory that’s been replaying in my head throughout the last week.   Rather, my thoughts keep going back to an otherwise ordinary service in the deeply conservative Baptist church I was raised in.  A family friend, who had served with the USO during World War 2, stood up and prayed the most shocking prayer I’ve ever heard in my life.  He prayed for the salvation of Osama Bin Laden.

I remember hearing the emotions in his voice.  A tinge of grief, yes, for his terrible crimes.  But also a touch of joy, as if he was imagining Bin Laden meeting Jesus for the first time on a dusty road in Afghanistan.   Undergirding it all was a deep sense of longing, borne out of a love for his enemy that could only come from God.

Frankly, I’m still shocked by it.  I’m not quite at that level of love yet; to be perfectly honest, if people had been celebrating on my street Sunday night, there’s a fair chance I would have joined them.  The world is a safer place with that monster gone.

In many ways, the evangelical blogosphere has reflected the tension in my own thoughts last week.  Together, we’ve gone back and forth between valuing justice and rebuking celebration.   We’ve examined Scripture , meditated on the evil in our own hearts, and talked at length about making moral distinctions between ourselves and Bin Laden.  Many of us have landed upon “sober satisfaction”, others continue in tears.  I’ve found something to agree with in nearly every opinion I’ve read.

But again and again I return to the memory of that prayer, that strange mixture of grief, joy, and longing, made possible only by the Cross.  And to my surprise, except for Jonathan Merritt’s excellent article and a few passing allusions, the scandal that stands at the very center of our faith has been mostly absent from this dialogue.  Only by fixing our eyes on it and through it will we be able to see through the turmoil

The Cross reminds us that the moral distance between ourselves and Bin Laden is nothing compared to the gaping moral chasm between fallen humanity and Holy God, between the kingdoms of this world and the kingdom of heaven.  We know this because Jesus was not being morally clownish when he equated lust with adultery and hate with murder in the Sermon on the Mount.  And neither was he flattening our moral sensitivities in Luke 13 when he told us that “unless you repent, you will all likewise perish”.

The Cross reminds us of the death that God does delight in, because it was there that “the Lord was pleased to crush Him, putting him to grief” (Isaiah 53:10) for our sake.  He endured hell upon that cross, separation from the Father and the wrath that was reserved for us, that there might be no condemnation for those found in Him.

The Cross reminds us that at the climax of history, Christ did not defeat oppression and empire with legions of angels or force of arms.  Instead, through his death and resurrection he confounded the powers of darkness and unleashed a revolution whose mission was peace, and whose weapon was love.

The Cross reminds us that Jesus wants the Rose.

Jesus wants the Terrorist.  He wants the pedophile, the abortionist, the drug dealer, the homophobe, the robber baron, and the slave-trader.  He wants you.  He wants me.   He wants all of us.

May the Lamb who was slain receive the reward of His sufferings.

—-
Jonathan Chan is  partnerships coordinator for Haiti Partners, an NGO dedicated to helping Haitians change Haiti through education. He blogs occasionally at Front Lines Intertwined. Follow him on Twitter at @jonathanschan.