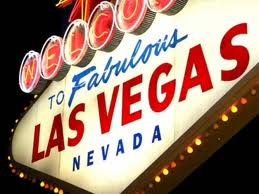 My wife, Amy, and I just got back from a quick trip to Las Vegas for my 40th birthday. I jumped off a 109-story building, we did the zip line down Freemont Street, watched a couple of shows, ate too much food. It was fantastic.

Trips to Vegas these days are different for us than they might have been when we were younger. In some ways, the pressure is off to live up to expectations of peers to be wild, stay out too late and drink way too much. Actually no one who knows us is particularly surprised when we tell them most nights we were in bed before midnight.

But looking around, I’d guess we were the exception rather than the rule. From the moment we got on the plane in Colorado, there were folks who started drinking. All the way to Nevada, they were loud, rowdy and full of all the wild stories of what they planned to do to themselves once they got to the Vegas strip. They were going to have a “good time, ” even if it killed them.

Why do we do this to ourselves? Why drink too much when we know how we’ll feel the next day? Why gamble money we can’t afford to lose? And this kind of self-deluded behavior is hardly limited to Las Vegas. We create these narratives for ourselves in all kinds of situations that we then feel compelled to live into.

I think that, sometimes, this sort of acting out comes from a lack of imagination that life could be anything else. This is what we think we’re supposed to do or be, so we keep telling ourselves this until we finally live into that reality. Never mind if we actually wanted it to happen or not. In these situations, we don’t so much stop to consider our wants or needs, but rather focus on the expectation we feel like we have to live up to.

Life as a Christian definitely doesn’t follow these sorts of cultural narratives. The Luke-Acts gospels are perfect examples of how the status quo of the surrounding culture is turned on its head. Over and again, Jesus sets people back on their heels by saying or doing something entirely unexpected.

Put simply, to be a Christian is to be weird.

This isn’t to say that many of us develop preconceptions of what it means to be a good Christian based on what we’re told by other Christians, regardless of whether it’s actually based on the life or teachings of Jesus. But to truly follow the path of Jesus is to look inward, reflecting on the “still small voice” that serves as a truer guide to our calling than the archetypes cast upon us by the outside world.

Don’t get me wrong; I did my share of worldly living in Vegas for my birthday. But when I was full, I stopped eating. When I was tired I went to bed. When I ran out of money, I stopped spending.

And as the noise and flashing lights faded along the far horizon this morning as we flew home, I said a quiet word of thanks that this temporary diversion was not the narrative of the rest of my life.

We should expect more. Just maybe not in the Las Vegas sense of the word.

—–
Christian Piatt is an author, editor, speaker, musician and spoken word artist. He is the creator and editor of BANNED QUESTIONS ABOUT THE BIBLE and BANNED QUESTIONS ABOUT JESUS. Christian has a memoir on faith, family and parenting being published in early 2012 called PREGMANCY: A Dad, a Little Dude and a Due Date. Visit www.christianpiatt.com, or find him on Twitter or Facebook.