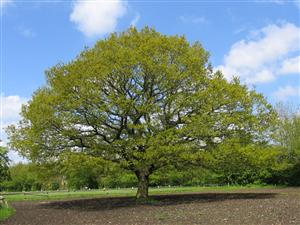 In light of both the Government and Coalition’s failure to let their yes be yes to the global poor, I want to share two stories. One is from Martin Luther King Jr’s most provocative speech writer, fellow campaigner and close friend, Vincent Harding. The is other from someone through whom I often hear God speak to me, my son Tyson.

Many will be familiar with The Rev. Dr Martin Luther King Jr’s five word phrase that seems to ring in the psyche of every campaigner for justice, “The fierce urgency of now”. These words appeared in the first book by Dr. King that I ever read, aptly titled “Why We Can’t Wait”.

Dr. Vincent Harding is now in his eighties. I have heard my good friend Joanna Shenk (who has recently written a wonderful book featuring Dr. Harding) talk of Dr. Harding’s love of telling stories. Stories of struggle for freedom. Stories of Martin Luther King and their close friendship. Stories of how faith must mean following Jesus.

The Monk paused, then spoke of how he noticed so much talk of “now” in the demands of the young activists. Thich Nhat Hanh said they seemed unaware that he was part of a movement that had been struggling against foreign domination for over four hundred years.

In the stirring tones of a black preacher, Vincent Harding builds to the end of his story by delivering Thich Nhat Hanh’s poignant advice to himself as a young activist:

“[the movement] needs to learn how to struggle with patience.”

Vincent remarks, “That’s something we had not put together. Struggle for us meant right away. Patience meant one day it will happen. But we were being challenged to struggle with patience.”

Which brings me to my second story…

I was sitting in the main kitchen of our Peace Tree Commune with my son Tyson discussing the parable of the mustard seed.

He was reflecting on what people would have thought when Jesus said, “What can we compare the kingdom of God to?”

Tys picked up the big kitchen knife and held a couple of mustard seeds in his hand from the pantry and said:

“It’s a bit random. I mean, if you have these seeds or this knife to talk of how people think of kingdoms, I’m guessing most would go with the knife. Talk of seeds that become bushes is a bit random compared to … [waves the big knife].”

I was overjoyed and like a typical preacher went on a long rant only interrupted by two keen insights from my son.

“I know dad. Jesus is saying ‘overgrow it with love’ not ‘overthrow it with a big knife’ but it’s more than that.”

More? What could Tys be talking about?

Like revelation opening in this kitchen conversation, these words have stuck to my imagination and keep coming up for me in prayer:

“It’s a kingdom of patience dad, as much as it is a kingdom of love. Seeds take ages and you can’t make them grow. You just have to do everything you can and be patient. You know, faith and stuff.”

So as we struggle for justice with the global poor, I leave you with these two stories.

Stories of the fierce urgency of patience.

Stories of a “random” kingdom that comes like lil’ seeds and not big kitchen knives.

Stories of, “You know, faith and stuff.”

Jarrod McKenna is the National Advisor for Youth, Faith and Activism for World Vision Australia. He is a peace award winning founder of EPYC and co-founder of the Peace Tree Intentional Community in Perth. You can follow him on Twitter here.

This article originally appeared on the Micah Challenge Australia Blog