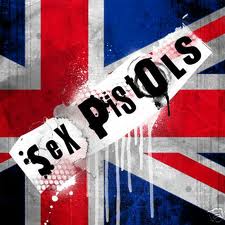 The notorious, belligerent, somewhat anti-social punk rocker Johnny Rotten, at the end of his final live show with his band the Sex Pistols, yelled out to the audience, “ever get the feeling you’ve been cheated?” Rotten walked off the stage, left the band, and the Sex Pistols disintegrated not long afterwards.

So, ever get the feeling you’ve been cheated?

If we feel we have been cheated, there are all sorts of clearly defined procedures we can follow to register a complaint and have it examined by an official.

A student who believes she has been graded unfairly and in a manner not in keeping with the syllabus grading scheme, can register a complaint with the school and have someone  look into the matter.

A customer who believes he received a less-than-satisfactory product can ask to speak to a manager, or send a complaint to someone in a corporate office, and have the matter looked into.

American citizens who feel a particular law or court ruling is unfair to them can join together and have lawyers argue their case all the way up to the Supreme Court.

Why do we do these things?

Because in all areas of life there are times when, whether or not we actually have, we get the feeling we’ve been cheated.

Jesus tells a parable about workers in a vineyard. About workers who worked all day and expect a full-day’s wage … and they received it.

The all-day workers, naturally, complained because they felt cheated.

This is what the Kingdom of God is like, Jesus says – grace doesn’t always appear fair.

Have you felt resentment toward the grace that has been poured out upon another person obviously less deserving, when you’ve been doing good all along? Ever get the feeling you’ve been cheated?

A single mother finds her way into a local church, and the church takes her and her child in warmly. She volunteers and helps out often around the church and takes part in functions. After a while she is asked to help co-direct the church nursery.

A longtime member of the church, one of the most loyal and hardworking people in the church, complains to the pastor – that woman has no business helping in a leadership role with the children. She’s unmarried. Her life has been a mess. She still doesn’t have it all together; so what if she’s good with the kids? What kind of example is it if the church starts letting just anybody come in and start serving?

In Jesus’ Kingdom in which a Johnny Rotten is as welcomed and loved as a Bill Gaither, instead of complaining about being cheated, give thanks; for somewhere somebody is complaining that she’s been cheated because you’ve been treated equally to her.