Today we have the privilege of chatting with John Perkins, one of the leading evangelical voices to emerge from the civil rights movement and a tireless advocate for justice and reconciliation.

For years, you’ve been an outspoken advocate for racial reconciliation. Do you recognize signs of hope that reconciliation is moving forward in the United States, or are there ways we’re stuck in the same mire we were during the civil rights movement?

We are definitely not stuck, but if we are, it would be our own fault. I’m talking about the black community when I say this, but it might apply to other groups as well. Freedom was given to us by those who were willing to fight and die for it. This means we are far from where we were in the civil rights era. We actually did accomplish something there and so to say we are stuck in the same situation is to fail to understand that era. Blacks were living in an apartheid-police state. I don’t say that lightly. The difficulty that minority Americans face in this era is nowhere near the oppression that took place in that era.

Say some more about that…

Unfortunately that time ended in economic poverty and ignorance for the black community. In our communities, the victim mentality is still much deeper than we could have predicted. Those of us who go on to be successful, many have yet to embrace an idea of inherited dignity in the black community. The idea that I would really like to drive home is that we must change the mindset of successful blacks. Those who make it and go on to have success in life, the majority do not feel responsible for their communities, they would rather just move to a “better” one. We are reacting and feeling fear when we ought to be more courageous about our own progress.

However, there are young people who are seeing diversity and internationalization as the path toward reconciliation. This movement is spilling over into the black community, but it is primarily coming from white evangelicals. It is that group of people who have begun to change themselves and have gained the desire to take on urban development. It is unfortunate that the black community has not moved towards this sort of multi-racial development. The opportunities are there but there is a lack of responsibility for our own communities.

There is a great opportunity when you are able to deliver a balanced message. It helps to produce clarity and honesty. While I might approach each message slightly differently, the best idea is to get these diverse groups together to deal with the problem as a collective. I like to push blacks to be courageous in solving community problems and to partner with others to make that happen. In doing that, we have to discuss the problems, and each group comes to the table with particular issues that might be holding them back from God’s plan for the community. I find it is far more effective to for whatever groups that may be trying to work together to hear the message together, the good and the bad. If you are trying to unite blacks and Latinos, then we can only be honest when we get those two groups in the room together. It forces each to own up to their part in hindering opportunities for reconciliation. While each groups’ interests may be different, the message is really the same: one of unity, hard work and reinvestment into the community. 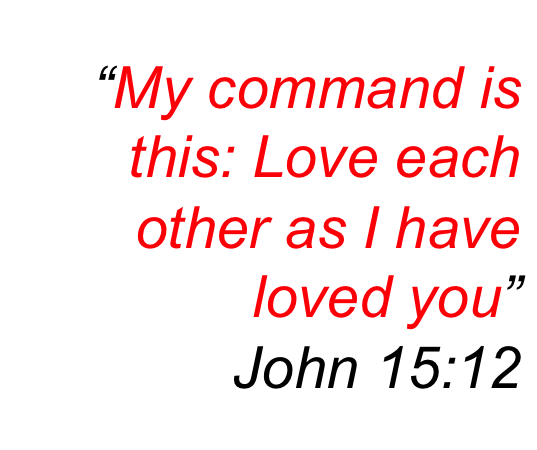 Where, in the church, do you see the lines erased? Where are brothers and sisters worshiping and serving together across lines of race and culture?

This is mostly happening in new, intentional, and multiethnic churches and communities. Often we are not talking about large, dynamic megachurches in themselves. Reconciliation is really built upon relationship, so to see the walls really torn down and the lines erased, we must be in community with people that are committed to one another. These lines are really being erased in the small community churches where personal relationships are nurtured.  However, I still believe in the opportunity for megachurches because they are attracting huge populations of diverse people. These churches can be great platforms for intentional communities and smaller church-plants to be birthed from. These committed groups of people are really encouraging me at this stage in my life with their possibilities, and that is where I want to spend the rest of my lifetime, attempting to encourage both groups.

Let’s get personal. We’ve heard a rumor that you rarely sleep because you’re always working? Is it true? If so, when did it start, and why?

I have been a workaholic all my life, but the amount of work in terms of just getting 5 to 6 hours of sleep really began in the 60s. We returned to Mississippi and began a ministry there. Both the burden of the work, the need for it, and the hopefulness of it motivated us. The building of a community seemed to require 12 to 15 hours of awake time in a day to do the work. Starting anywhere between 5 and 9 in the morning I would work until 9 or 10 at night. Whatever I was doing—teaching, organizing, consulting, or constructing facilities and houses—this all required an enormous amount of work. We couldn’t accomplish it in an 8 hour work day. We made progress because we were working sometimes 16 hours in a day. It wasn’t until we got to Jackson in ’72 or ’73 that we had any kind of standard work day where we could come at 8am and shut down around 5 or 6. We still had Bible studies and sports in the evening and then we would have to bus kids home to the rural areas. We wouldn’t get back until 10:30 at night. So I suppose this long work day began as a requirement for progress and then it evolved into a sort of habit.

Join us next Monday, for the second part of our interview with the wise Dr. Perkins, as he describes the path to real justice, points to signs of hope for former inmates and brags on his lovely bride Vera Mae.