He’d been living in Minnesota when, in 2003, Sami Rasouli returned to his homeland of Iraq. Stunned by the destruction he saw there, Rasouli sold his business and returned to help. After encountering Christian Peacemaker Teams in Iraq—supporting communities struggling with violence—Rasouli requested that CPT train Muslim men and women to be peacemakers. Today Rasouli is the Executive Director of Muslim Peacemaker Teams.

The Red Carpet is pleased to speak with a Muslim brother who equips others to practice the Good Samaritan love of Jesus.

Sami, can you describe, for us, the Iraq you left and the one to which you returned in 2003? What changes have you witnessed in Iraq over the last decade?

Prior to 2003, Iraq was known as a middle class society, where illiteracy was eliminated 100% since the 70’s. Today’s Iraq is no longer the one I used to know. Many of Iraq’s professionals, doctors, engineers, educators, intellectuals and technicians have been killed, displaced, gone missing or driven out of the country during the last decade due to systematic violence and war.

Any other factors in this recent loss?

De-Baathification, a law that was set by the new Iraqi government after 2003, has been a main factor in destroying Iraq’s middle class. This law chased so-called Baathis out of the country and contributed to many of them being murdered, despite that fact that many Iraqis under the previous regime became Baathist only because of Saddam’s fear tactics and use of force. Amongst these professionals who were killed or driven out of the country were oil and water management experts. Eliminating Iraqi oil experts allowed giant foreign oil companies to re-enter the country (foreign oil companies were kicked out of the country by Saddam in 1972 when he nationalized oil production), replace Iraqis, and gain control of Iraq’s oil production and marketing. The absence of water management experts has contributed to the dysfunction of Iraq’s water up to the present time. Iraqis continue to be forced to drink polluted tap water. Potable water is sold in plastic bottles but many Iraqis are unable to afford it.

Iraq was also formerly known as the best in the region in education and healthcare, but today Iraqis suffer from a severe lack of quality education, an alarming increase in deaths caused by cancer, and high rates of deformities in newborns (especially in areas affected by US military use of illegal weapons such as cluster bombs, white phosphors and depleted uranium, which have all severely damaged Iraq’s environment).

What has been your experience educating Iraqi citizens about basic human rights? And, also, what sort of reconciliation work have you been doing?

For many decades successive brutal regimes stripped Iraqis of their basic human rights. The opportunity for human rights organizations and awareness-building changed after 2003, but little improvement has been accomplished due to a lack of funds and a lack of experience in running such organizations.

I’m still curious about how average Iraqi citizens understand their human rights. Do they know—in their deep places, in their bones—that, by virtue of being human, there are inherent rights which they are due?

1400 years ago Iraqis were told by Imam Ali (cousin of the Prophet Mohammed) that they were born FREE. Unfortunately the last four decades of violence have destroyed the Iraqi population’s general awareness of their freedom and human rights. Continuous wars have impeded the evolution in Iraq towards a better understanding of the value of human rights. Half of the population in Iraq today is below the poverty line, spending all their time just trying to bring bread to the table.

Because of this Iraqis gave up the fight to defend their rights, adopted the culture of accepting to be humiliated and failed to follow their brothers and sisters in Tunisia, Libya, Yemen and, just recently, Egypt. People in general need to be educated to understand their human rights. Dictators in general usually flourish when people around them are illiterate and not well aware of their basic rights due to a poor education system nowadays. In Iraq today the culture of accepting oppression and injustice will continue, unfortunately, until the education system improves and people wake up.

Muslim Peacemaker Teams continues to try to train and educate many Iraqi citizens about their human rights, as well as issues around trauma and healing. MPT also runs the Water for Peace program with its sister organization in the US, the Iraqi & American Reconciliation Project (IARP). Water for Peace provides life-saving water filters for schools and hospitals in southern Iraq, as well as classes on sanitation and personal hygiene.

On the other hand, MPT and IARP have also worked hard to bring American and Iraqi people together by promoting citizen delegations and Sister City relationships between the US and Iraq. In November of 2012, for example, eight Americans from Minnesota, Boston and New York visited Najaf, Iraq. Currently there are five Iraqi women visiting Minnesota for leadership training and to build friendship. 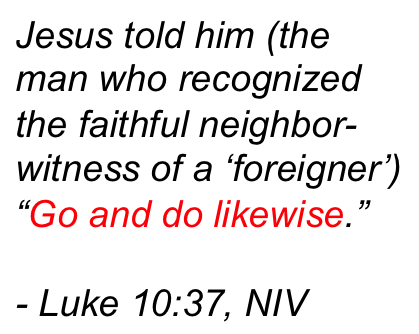 As the planet experiences the increasing impact of climate change, how are Iraqis being affected? How are Iraqis adapting?

Iraq has been affected by climate change like other countries around the world. Rain levels have decreased and the water level of the Euphrates and Tigris rivers has become very low. As a result heat has increased. Most Iraqi farmers have abandoned their own farms due to drought and joined the army and police force. Iraq has become #1 in terms of importing vegetables and fruits from neighboring countries, such as Iran, Syria, Kuwait, Jordan and Turkey. Millions of Iraqi palm date trees have been destroyed. In 2010, the Iraqi Ministry of Environment announced that there were 280 sand storms across the country in the previous year. Many Iraqis believe that thousands of US heavy armored vehicles destroyed the upper crust of Iraqi soil during the nine years of occupation, and that this caused the increase in sand storms and contributed to the drought conditions.

Do you have hope for the future of Iraq?

Yes. Of course I have hope for Iraq’s future because Mesopotamia is an ancient civilization. It is empowered culturally by its own history of rebuilding. The country is also rich with natural resources and has much economic potential. But it’s going to take a long time to recover.

Resources: Learn more about both the Iraqi and American Reconciliation Project and Muslim Peacemaker Teams.

—
Margot Starbuck, the author of Small Things With Great Love,  is a writer and speaker in Durham, NC. Connect on facebook or @ MargotStarbuck.com