Alberto Vega was born and raised in Camden, New Jersey, one of the most dangerous cities in America. Some would call Al’s journey, graduating from Eastern University, a “success story.” Though rare, you can find stories of kids who “make it” and leave the hood. But Al didn’t leave. Instead, he did what Dr. John Perkins says changes communities: he returned to invest in his neighborhood. Today Al works with UrbanPromise Ministries, as the Director of an afterschool and summer camp he attended as a child.

Al, I know you’ve been with UrbanPromise a long time. How long?

I’m twenty-eight years old and I first got involved with the ministry back with when I was six years old. At the time, UrbanPromise was expanding into north Camden in the Catholic Church my family was involved in. My mom signed up my brothers and me to attend their summer program, called Camp Joy. I got deeply involved with UrbanPromise at fourteen when they hired me into their Street Leader program. Because of my involvement with the ministry, the director, Bruce Main, offered my brother and I an opportunity to attend Eastern University with a full scholarship. Upon graduating in 2007 I started working with the ministry full time and have been there ever since. 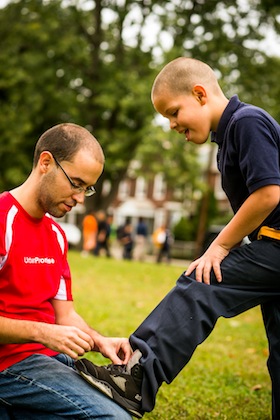 Growing up in a city like Camden isn’t easy. Knowing what I know now, as an adult, is that kids early on experience and see things they shouldn’t experience or see. Looking back I notice that my family was probably the only household in the block that had both parents and I thank God for that.

I have memories of my grandparents and my mother waking my brother and I up and dragging us to church. I hated it, but the Catholic Church gave me a sense of respect and reverence for things that people consider sacred and I thank them for that and am grateful for my mother’s and grandparents’ unfailing faith to that church. As for me, once I was old enough to make the decision to stop going to mass, I did.

Despite my lack of commitment to church, I was committed to UrbanPromise. It was a home away from home and because of several staff members there it shaped me to be the person I am. It exposed me to things I never knew existed and showed me a world that was bigger than my neighborhood. It also gave me an identity and tied it to something good and coming from where I’m from, it can be extremely difficult to find good.

Al, when kids start with UrbanPromise, what sort of a future do they see for themselves?

It depends. The younger they are the more optimistic they are about their future, but even then you come across kids who had been exposed to traumas at an early age and that starts to wear that optimism away. More than telling me what they want to be in the future, many of the older kids express hopes of escaping and getting away.  Many simply will just tell you that they just don’t know.

So how is UrbanPromise changing lives? 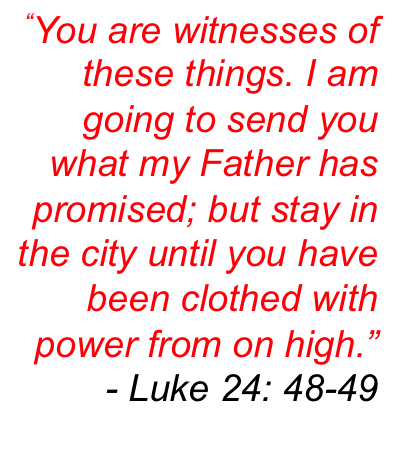 UrbanPromise gives a consistent place for the kids to be. Many of the kids have a lot of disorders in their everyday life. So having a place where they know they get to see the same group of people everyday after school, that show them love, and a safe place where they can escape the disorder of their lives—and for a few hours are given the privilege to be kids without worries—makes an incredible impact.

The summer camps and after school programs UrbanPromise offers then become something bigger than a program that offers homework help and tutoring. For most of these kids the programs become an identifying marker of who they are. They begin to take ownership of the programs and, in a sense, it becomes an extension of themselves. They hold on tight to the program and it’s staff. Even when you talk to adults today who were involved in our programs fifteen or twenty years ago, they talk about it as though they are still apart of it.

Al, what the message you want to instill in the kids with whom you work?

The message I’d like for my kids to walk away with is that (1) there’s a bigger world out there beyond their neighborhood block, and that it’s beautiful and good. (2) That life can be painful, but life is always good, because God is good (3) and that, despite the labels they’ve been given, that they themselves are Good.

Learn more about the work of UrbanPromise HERE