Bruce Reyes-Chow, the former Moderator of the Presbyterian Church USA’s 218th General Assembly (#prettybigdeal), is a pastor and writer whose new book, But I Don’t See You as Asian, recently featured in our RLC Book Club, is a gift to the church today. Today we’re chatting with Bruce about race.

Bruce, the title of your book, But I Don’t See You as Asian, gives me the giggles every time I see it. Tell us about it.

The title of the book went through many changes and I finally landed on this one, because it got to the heart of one of the biggest stumbling blocks about race—thinking that the answer is to pretend it doesn’t exist. It also does sound funny when you say it out loud, because, really, I am Asian.

We both know white folks usually mean well by saying “I don’t see color, ” but explain why it’s problematic.

All of the lines that I chose to address in this book are undergirded with the firm belief that most folks mean well and rarely have malicious intent. From childhood, many kids, in an attempt to thwart actions of racism are told, “Don’t treat them any differently because they are X.” And while a noble gesture, this often gets translated into, “Pretend this person is not X.” This is problematic because, in my case, my Asian-ness is a huge part of who I am and to not see and acknowledge that reality is a racist action in itself because it assumes the norm of some ambiguous cultural reality that tends to be White.

The other thing about the “see no-color” posture is that it makes folks from a dominate culture have to think in more nuanced ways about this person that they see as “Black” or “Latino”—for to truly see these things in non-stereotypical ways, a person has to take the time and give the energy to do so. Gaining cultural and racial awareness is hard work, so the path of least resistance is to simply pretend as if color does not exist.

As a Chinese/Filipino man, I’m curious what you’ve learned about race from brothers and sisters who are black, Latino, First Nations, etc. 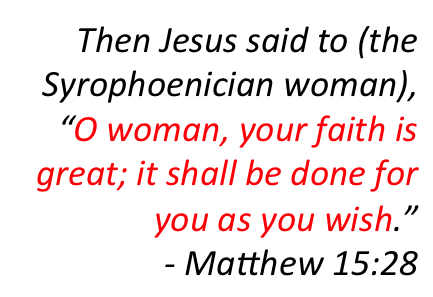 Great questions. One thing I have learned is that White folks certainly do not have the market on holding stereotypes and engaging in racist activity. Now the scope is much smaller and some would argue the institutional ability for people of color to be racist is minimal, but I do know that between differing groups of people of color there are some deep divisions based on race and skin color.

That said, I have also learned how other people of color navigate a world that can be so often frustrating and still claim to find joy in the one’s cultural and racial realities. Groups of color have been interacting for generations out of urgency and necessity, but the greatest things to witness are when groups of color interact out of genuine inquiry and solidarity.

What can we glean from the gospels about Jesus and race?

I think there are two things that we get from the account of Christ: first, when he speaks the the Samaritan woman he steps across racial and cultural boundaries to embody a moment of grace and, second, he shows the ability to be liberated from cultural norms when he rebukes and then blesses the Syrophoenician woman. In both instances we are giving beautiful examples of Christ’s calling us into the complexities of race and culture.

I know I’m naughty to even ask, but I really believe that humor can help us get at some of these attitudes we’re slow to recognize. Give me the Top 10 ridiculous racial things people say…

Well . . . I do give 22 in the book, these are not as “ridiculous” as they are unintentionally misinformed.

Can you offer one tip for folks committed both to educating themselves about race and growing in relationship with folks of different races?

I really do wish there was one thin all people can do, but overall I think we all should give one another room to be fully human: to seek forgiveness when we may do harm, to be angry in the face of injustice and to always strive to know the “other” just a little bit more.