In the war-torn country of Iraq, Jeremy Courtney, his family, and their small team, patterned their lives after Jesus by loving their neighbors the way they loved themselves. Courtney’s recent book, Preemptive Love, tells their story, and today he shares his passion with RLC.

Jeremy, can you describe what your family experienced in Iraq that changed you all forever?

My wife and I moved to Iraq in the middle of the war after a series of visits to the country introduced us to some of the needs and atrocities happening across the country. Over time, I developed a friendship with the young man who topped off my tea in a hotel cafe. He became more and more friendly, until eventually he worked up the courage to tell me about his cousin, a little girl, and her life-threatening heart defect.

My knee-jerk reaction in situations like that was to simply tell the truth: “I’m sorry, I honestly don’t know anything about heart surgery. And I’m not a doctor…sorry…”

But, for whatever reason, I eventually decided to meet the girl’s father. He brilliantly brought his cute daughter along—a girl very close to my own daughter’s age—and that was it. One look at her and I was a goner. I had to at least try something.

I took the files on this girl and knocked around on a few doors in an effort to find someone who knew more than me and could get her the lifesaving heart surgery she needed. In the process, I became aware of unknown thousands of other children suffering under the same conditions as her.

We founded the Preemptive Love Coalition as a vehicle for providing heart surgeries for—and pursuing peace among—all these people whose lives had been torn apart by violence, prejudice, greed, and self-interest.

Preemptive love has been invading cities and lives across Iraq ever since.

What’s the medical situation like in Iraq, and why? There were really no pediatric heart surgeons in 2007?!

A lot of people don’t realize (or remember) this, but Iraq once enjoyed prominence in many areas—most notably in medicine—among Middle Eastern countries throughout the seventies.

When we got started in 2007, the wide-spread claim was that there wasn’t a single surgeon in Iraq who could handle these heart surgeries, and almost every single child was recommended for surgery outside the country.

Some folks will want to know, “Why not simply send children abroad to get the care they need? The difference is just the cost of a plane ticket, right?” School us.

Would you say it’s better to hire someone to do your child’s math homework or for your kid to do the work themselves and to learn how to solve their own problems?

There are often easier options that save a lot of frustration, but is it really what is best in the long run?

Take that simplistic metaphor and apply it to life-or-death situations across Iraq. I’ve met countless Iraqi doctors and nurses who are on the edge of their seats, eager to learn how to save the lives of these children, but  “charity” organizations keep this knowledge out of reach by hiring someone outside the country as a surrogate solution; someone who already knows the homework!

If we aren’t careful, our help can hurt—we can do the exact things that make countries like Iraq even more beholden to outsiders, and it can rob them of opportunities and their dignity.

Training Iraqis to do heart surgery themselves and save their own children is a lot harder than exporting the problem to Europe or America. There is a lot more bureaucracy to wade through, the path toward “success” is longer, and—perhaps the hardest thing—it can sometimes be riskier for the children.

In the end, our goal is to leave Iraq better off for the near term and the long term. You cannot do that without education and training.

I can see the value and gift of what happens in the operating room. Can you say something about what relationships—with doctors and families and other civilians—are like outside of the OR? Have you built partnerships with others who are committed to rebuilding Iraq?

As soon as Americans saw Iraqis “looting their national museums” on headline news, I think many of us developed a single story about Iraqis: namely, that they were lazy, incapable of receiving democracy, and uninterested in doing the things that make for peace.

My experience on the ground has been much more complex than that. There are certainly individuals of whom that stereotype is true. But I am also connected to hundreds of Muslim clerics across the country who are full of wisdom and lead their people to apply Islamic principles of nonviolence, peaceful resistance, temperance, patience, and love. I work with Iraqi businessmen and politicians across Iraq who lead from decidedly Western leadership frameworks. And every father or mother I meet who has a child in dire need of some kind of life-changing surgery seems like a mirror image of me in that moment. Is there any length to which we would not go to spare our children pain and suffering? That kind of love does not know race or geography—it’s hardwired from God.

The book is really an extended story of relationships broken, and relationships redeemed. Iraq is the setting and many of the characters are Iraqi—but it is really a story for everyone, everywhere. The underlying theme says, “things are not always what they seem” and begs us to curse our caution and jump in to messy relationships in the name of the God who is love. 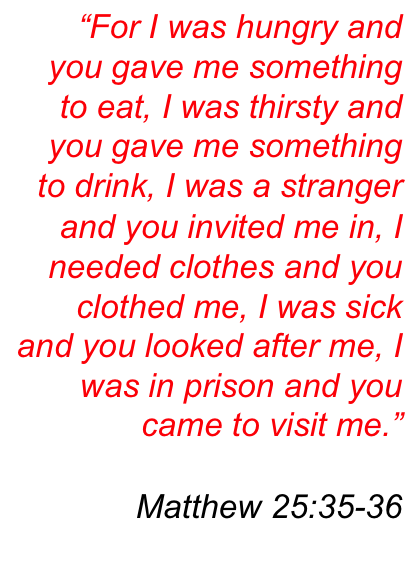 It sounds like one of your guiding principles has been, “Love first; ask questions later.” Flesh that out for us. What has that looked like?

When I first arrived in Iraq, like many aid & development workers, I developed fast friendships with the U.S. military and their Iraqi translators. But I always had another foot in Arab communities and Kurdish communities culled from across the country as well. I was lucky to have a broad view of reality across the country, rather than the parochial sense of security or chaos that could isolate many communities from one another.

My military friends had a few maxims by which they lived that were jarring to me. They would say things like, “Better to be judged by twelve than carried by six” and “Shoot first. Ask questions later.”

I understood the sentiment, but I just couldn’t bring myself to adopt this way of life.

In various scary situations that would arise from time to time across Iraq, I tell myself, “Love first. Ask questions later.” It helps me lean forward into those places where “common” sense dares not go.

So I talk about  “preemptive love” as a posture or a way of life.  I don’t see anything we are doing or claiming as being novel. I see our work as a family and a community as being deeply anchored in the love of God in Christ. It doesn’t mean we love ignorantly or blindly. Preemptive love is about loving in spite of; it’s about loving past all the acceptable reasons for withholding love.

If it doesn’t make your mom nervous, it may not be preemptive love.

Preemptive love actually seeks out the hurting, broken and unlovely jumps into the mess of life to join God in “making all things new.”

For our team in Iraq, that manifests itself in countless ways: traveling to cities where almost no one else will go like Tikrit and Fallujah; making relationships with clerics and politicians when we will almost certainly be stabbed in the back or thrown under the proverbial (or literal) bus at one point or another; and providing medical care for families even after their parents try to kill us.

But preemptive love isn’t always (excuse me) “sexy”. It doesn’t have to make headlines or break from the day to day. This Christ-like love is also seen in doing the dishes before your spouse or roommate can get to it; in walking across the street to take a halal meal to your new Muslim neighbors; or in walking into whatever community scares you the most and trying to make a friend.