Because the incarnational ministry of Word Made Flesh is one worth learning from, I’m chatting today with Leroy Barber, Global Executive Director of this international organization that works among the most vulnerable of the world’s poor.

Can you describe what Word Made Flesh does for readers who are not yet familiar with the work?

We are a community called serve among the most vulnerable, the world’s poor, and we like to think that we are bearing witness of hope in those places where we have been called: That looks different, of course, in the various communities: In some places, there is a strong commitment to children.  And others, there is a business. In Kolkata, there is a business that works with women coming out of sex trade industry and then in places like La Paz it is a combination.  They work with children and work with women who are coming out of sex trade. They also go into brothels every week to talk, pray and spend time with women. In Bangkok, there is a school. There is a business with men making furniture as well as visiting children who are forced to beg on the streets each night.  Each community will look a little different—bearing witness to what hope looks like—but what connects us is what we call our lifestyle celebrations.  Each community takes those core values and that becomes the grid that runs between all of our communities.

Is it fair for me to imagine that a lot of folks who work with Word Made Flesh are people of privilege who have chosen to live among the world’s most vulnerable?

That is very helpful.  Because there are a number of organizations doing great work internationally, what would you say it is that makes Word Made Flesh different from some other ministries?

Folks come in to Word Made Flesh who might be people of privilege—whether it is from that country or from here—not seeing themselves as heroes in the story. And folks who are poor are not seeing them as objects.  Those two places are where community is created.  It is established when people of privilege don’t see themselves as heroes and when folks who are vulnerable are empowered and not treated as outcasts—then an authentic community is created.  I think that really makes us different in what we do around the world.  That is the community that we are shooting for.

So these communities really are a mix of both populations then?

And what would you say most attracted you personally to the work of Word Made Flesh? 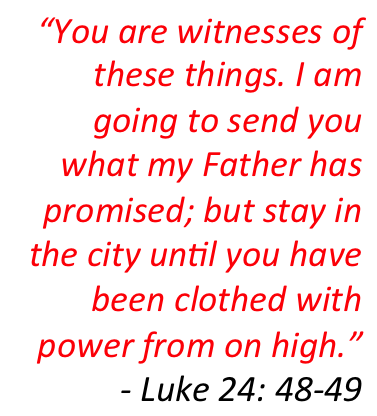 What attracted me was that it is being with and working with local folks and not a U.S. centered organization.  We work hard not to be a U.S. centered organization.  That was very attractive because what that does for me is that it encourages me in what I think the gospel means when it talks about in Isaiah 61 that the cities will be rebuilt by the folks who are inhabiting them, who would be considered vulnerable, but those would be the people who are called to rebuild.  When we look at Jeremiah 29, Israel is called to pray for the city that it is to enter.  They are entering a city that is wealthier than they are.  They are entering a city where they are going to be the domestics and workers.  They are called to be missionaries to that place.  They are called to be hope in that place.  To me, Scripture calls the vulnerable and calls those who are overlooked to actually represent hope.  So, I think that is a powerful part of What Made Flesh.  We are not the heroes.  We get the privilege and honor of walking along side people who have been called to bring hope to the world.

Let’s say one of the vulnerable folks that you all work alongside gets a hold of this interview; what do you imagine that one of your friends might want a Red Letter Christian blog audience to know about them and their lives?  (The question is weird, right?  Because you are still speaking for them. But as you listen to the voices of these folks, what would they want us to know?)

I would say that people would want others to know that they have something to offer.  They have voices. They have an understanding of God and an understanding of faith that should be listened to as much as any North American. There is a strong sense of pride—wanting their countries and their folks to support the work they are doing and not wanting all their support to come from the U.S.  I sense a strong passion around that. Even though, they know that is harder because in some cases you are talking about countries that economically are struggling, but that is a strong desire.