Mimi Haddad, the President of Christians for Biblical Equality, has stirred it up here at RLC with posts about the biblical injunction for women to remain silent in the church and women in leadership. (#opposites) We wanted the back story and today we’re chatting with Haddad about her passion for biblical gender equality.

Mimi, I’m wondering what goes into shaping someone as passionate about biblical gender equality as you are. You’re very steeped in evangelical culture today. Is that how you were raised?

I’m first generation in the United States, my sister and I. We were raised by parents who were born and reared in Paris and Lebanon. My sister and I juggle three different cultures. To say that I grew up in a typical evangelical American home is very far from accurate. My father’s family is part of one of the oldest Christian churches in the Middle East, the Marionite Church.  His mother was extremely devout, Christian. She was very active in her faith, not only as a worshiper of Jesus Christ, a follower of Jesus Christ, but she was also a person committed to social action, in her country, and she cared for refugees in Lebanon. Everybody who knew her commented on her Christian life and faith.

The apple doesn’t fall far from the tree. Your grandmother was an old school activist?

My mother comes from a Catholic tradition. I grew up with this sense that Christian faith and social action were the same thing, that to preach the gospel and to do the gospel were an inseparable package. And I think that is somewhat different than more conservative fundamentalist Christians who, for them, for many of them, the gospel is acknowledging Christ as Lord and Savior. It’s a personal relationship, which of course it is, but, it’s largely propositional declarations of truth, which of course it is, but for older denominations it seems that faith  is also living out the gospel in word and deed. And I think that the faith of my family was more connected to the ways in which the early evangelicals functioned before the fundamentalist modernist controversy in the United States.

Mimi, who are some of the contemporary mentors who have shaped your thinking on gender equality?

Modern mentors are the founders of CBE. I think of Alvera Michaelson, who’s ninety-four. I usually visit her every month. I’m on the phone with her nearly every week. We’ve been very close friends for over twenty years. She’s probably the most godly person I know—so well-read, so wise. She taught at Wheaton and Bethel, such a gifted and creative thinker, someone who likes to read lots of different perspectives on a topic, and isn’t afraid to challenge the status quo. Such a holy, generous soul.

My husband is a great mentor too. He’s so unflappable. And so supportive of my work. And so really proud of me. I’m just really enormously thankful for the people who have been examples to me of Christ in their world.

All the way to people like Lisa Thompson who works with the anti-trafficking movement within the Salvation Army, to my colleagues who work in India and Kenya and Great Britain, all over the world, trying to make clear that our biblical declarations on gender have enormous impact in the world. And that, together as Christians, we need to make clear that we are not apathetic.

A lot Christians won’t be persuaded without a chapter and verse in the Bible that specifically addresses biblical equality. But is it also important to listen to voices that don’t self-identify as Christian?

Gender hierarchy is not God’s ideal and, in fact, it’s very destructive to people and families. Humanitarian workers and NGOs discovered this decades ago. I do think the church has to be a little bit more self-critical and willing to listen even to voices that aren’t necessarily Christian. Like when the World Bank says, “Gosh, 100, 000, 000 girls are missing.” They’re missing in cultures that are extremely patriarchal. Is there a relationship here? Especially where religious teachings are extremely patriarchal. We have to hear other voices. 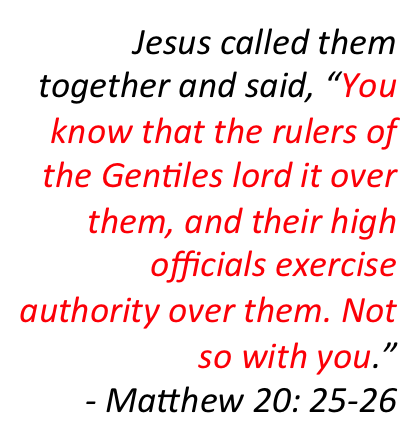 It’s also critical to listen to Christians around the globe. And even those who aren’t. They’re telling us that patriarchy is toxic to girls and women. They’re telling us that 100 million girls are missing. That’s the largest holocaust in human history. That is just falling on deaf ears. Too many deaf ears in the evangelical world. The Bible itself tells us we should have many counselors. We need to listen to knowledgeable people, to wise people. I think insularity is very dangerous.

Honestly, because gender inequality hasn’t been my personal experience, I forget sometimes that it’s still rampant in this country. Are you recognizing any signs of hope within the church United States?

There are a number of denominations in the United States that currently do not ordain women but they are very close to changing their minds. They’ve been doing research, study, and each month that passes they do more. It’s a lot like the slavery debate. When you press against the pro-slavery argument, when you look at it logically and consider the history of the Bible from Genesis to Revelation it does not stand. And the same goes with gender and the shared leadership of men and women. The more research that’s done, and the more churches that look the scholarship, the more helpful it is to them in making a really logical and consistent decision about leadership and gender. And that’s happening every day.

From where I sit, the future looks wonderful. And I think it will have an incredible impact, especially upon relationships, domestic violence and abuse. The more we recognize that partner dominance never leads to healthy vibrant relationships, the easier it is to say, “Look, the fruit of the tree of hierarchy is bad. It’s just bad. So maybe it’s not what God intends.” It’s really exciting.