In recognition of this Saturday, January 11, being National Human Trafficking Day, I’m talking to Rachel Goble, President of , an international organization dedicated to providing education to children at-risk. Keyword: prevention.

Rachel, before I met you I hadn’t given any thought to prevention. How did you come to realize that prevention was a much-needed and important part of the anti-trafficking movement?

When we hear about human trafficking it’s often in the context of story: one that involves rescue and rehabilitation for trafficked victims. But rarely do we ask: what could have been done to prevent this? Instead we ask, how do we rescue? It was in meeting women and men who had been trafficked, and hearing patterns in their stories of where they came from and why they had been trafficked, that caused me to ask what could be done to help prevent these stories. 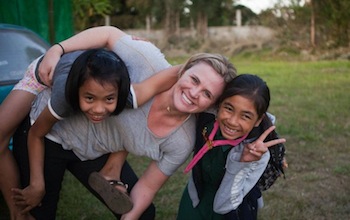 Tell us a little about the model of the Sold Project. How does it work?

Our model was, at first, developed by working backwards. After interviewing women and children in the red light districts, and organizations working in after-care and prevention, we deepened our understanding of what was driving people towards underage prostitution, trafficking and exploitative situations and learned how we could work backwards from that. The four ‘pillars’ of our work are: scholarships, resources, mentorship and anti-trafficking awareness.

Introduce me to one person who’s not being trafficked because of Sold Project’s work? What is her life like?

Earlier this year we got word that one of our students was being solicited by a trafficker. We found out when her twin sister came to us, concerned, and the more we looked in to it we realized that this trafficker had also been talking to other students who were having difficult times. In short, the trafficker told our 14 year-old student that she could get 30, 000 baht ($1, 000) for losing her virginity to a customer. When we met with our student to learn more about the situation and report the trafficker, we asked her what motivated her to say no. In response, she shared how impactful the Anti-Trafficking Prevention Programs that we run had been for her: that she remembered us teaching about prostitution and it’s negative consequences and put two and two together of what this woman was asking of her, and said no. It was so incredibly encouraging for us to hear that prevention and education are WORKING and equipping out students with the information they need to make conscious choices when put in at-risk situations.

Because the problem seems so overwhelming, do you feel like you’re making a difference? 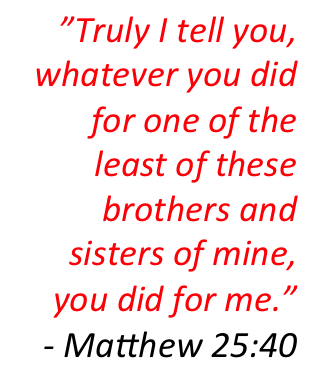 Absolutely. I truly believe that change starts with the one. Mother Teresa once said “If you can’t feed one hundred people, feed just one.” Many of the problems in today’s world can feel overwhelming, especially with increased access through globalization and technology to understand the depth of them. But when remember that every life counts and can instead invest our resources in to supporting that one persons life, then that one person will go on to do the same, and so on and so forth.

I’ve heard you say that you wish we lived in a world where we were counting how many girls we kept in school and not how many we were rescuing from brothels. What has to happen for that to become a reality?

This is a great question. I think that the main things that need to change are (1) those that give money towards anti human trafficking organizations need to start thinking about prevention and include that in their giving, (2) we need a new way to measure our impact, and girls (and boys!) in school is one of these ways and (3) men have a large role to play in prevention through understanding the link between pornography and trafficking or prostitution and trafficking.