As National Adoption month comes to a close, I’m chatting with Robert Gelinas.

Gelinas is father to six children—five of whom he and his wife welcomed through adoption. The leader of Colorado Community Church in Aurora, Colorado—and founder of Project 1.27, advocating for children in Colorado’s foster care system—is convinced that God has a special heart for these precious ones.

Robert, I love your heart to embrace the precious ones God loves. How did you and your wife first become involved with adoption?

We never had an “official” conversation in which we decided that, after our first (and only biological) child, that we would build our family through adoption.  It was more out of a sense of what the Scriptures call us as followers of Christ to do.  We were heavily influenced by James when he wrote, “Religion that God are father accepts as pure and faultless is this:  to look after orphans and widows in their distress…” (James 1.27)

Tell us about Project 1.27 and how it came about?

Project 1.27 started with the basic idea that if every church took one child then there would be a waiting list of families instead of children in Colorado’s Foster care system.  The goal was to recruit, train and support Christians to foster and adopt in faith. 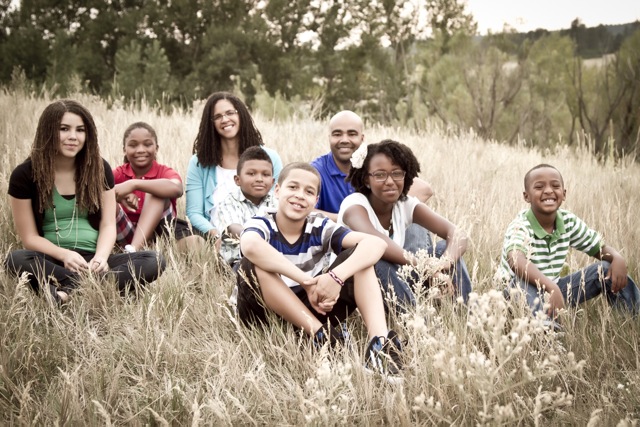 Today, the number of waiting children in Colorado is below 300. Over 500 children have been placed with Project 1.27 families. 250 of these kids have been adopted. Project 1.27 continues to recruit about 75 new families each year with a strong focus on those older kids, sibling sets and kids with special needs waiting to be adopted. Our families also serve as foster parents, supporting family reunification and willing to provide a forever family when needed. Our vision is a family waiting for every child. Today we have families waiting, we continue to work on ensuring there’s one for every child.

Many couples and families considering adoption have a preference for infants. Why choose an older child?

No matter the age, every child needs have a family. Older kids often try to bury their longing for family beneath a rough, protective coating. They are not going to be able to work through the tough stuff they’ve faced alone. You get the opportunity to watch love dissolve that coating and reveal a kid with unique abilities and gifts.

Can you say something about your experiences of both domestic and foreign adoption? Would you recommend one over the other?

All Christians care for orphans but there are a myriad of ways to do so.  Adoption, foster care and child sponsorship are all great options.  We have three children from foster care and two from Ethiopia.  We feel that each one was placed in our family directly by God.  I do think that Christians should be sure not to neglect children in their own back yard and that ultimately the answer to the worlds orphans will not be found in the U.S. but as Christians everywhere do the same.

In 1972 the National Association of Black Social Workers issued a statement on the importance of preserving families of African ancestry, favoring family placements and same-race adoption. What are your thoughts on transracial adoption?

I understand the reasoning and sentiment behind the statement; however, nationwide there are not enough families available. Top priority is a family for every child. Ideally, that would be their family of origin. When that breaks down, an adoptive family is what is needed.  Should that family be of a different race it is imperative that they find ways to preserve a child’s heritage and identity. Race is one factor that should be considered carefully but it shouldn’t be a barrier to a permanent family.

What are you allowed to tell us about the Gelinas family? How do you celebrate adoption? What are the gifts adoption has brought into your lives? 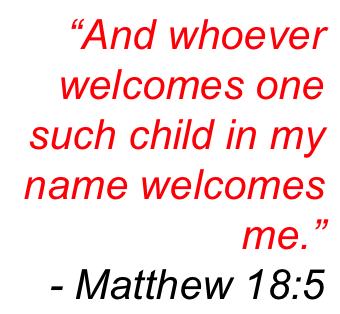 Celebration of home comings: Each of our adopted children have a “Gotcha Day” in addition to their birthday.  It’s the day we celebrate that they officially became a Gelinas. Our oldest daughter (and only biological) once exclaimed, “I wish I was adopted!”  When we asked why she said, “Because I could have a Gotcha Day too.”

Quirks:  When out with a child people often say something to the effect, “You sure look like your daddy.”  They have no idea that are speaking to an adoptive child.  We just smile at each other.

Recognizing countries of origin:  For us to ensure the cultural heritage of our children from Ethiopia means that we too must “become” Ethiopian.  We have a lot of Ethiopian friends, occasionally attend and Ethiopian church, eat lots of injera and celebrate New Years & Christmas twice because Ethiopia is on a different calendar.

Adoption is a normal part of life for us as a family.  Ultimately, it gives us a glimpse into the heart of our heavenly Father who adopted us into his family.  Because of that adoption we have a new beginning in his loving care.