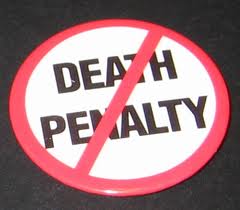 THIS JUST IN… Big news.  Connecticut abolished the death penalty yesterday.  Only 33 more states to go.

In a historic and courageous act, Governor Dannel Malloy signed a bill on April 25, 2012 that will effectively abolish the death penalty in the state of Connecticut.  Below is a list of the states that still have the death penalty and the states that have abolished it (along with the year of abolition).   As a follower of the executed and risen Jesus – this is beautiful grace-filled news.

States Without the Death Penalty

States with the Death Penalty