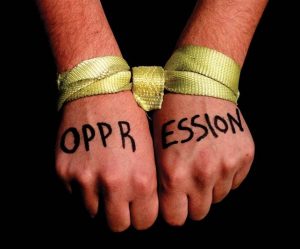 It was a cold and drizzling Easter Sunday morning, early just before the sun rises, in rural northern Kentucky. I was assisting the local Methodist pastor in leading the community Sunrise Easter Service.

Rev. Davenport decided to serve Communion to everyone in attendance at the conclusion of his devotional. He had with him a freshly baked loaf of bread, a chalice of grape juice, and a small fire around which we gathered to keep warm.

As Rev. Davenport read from the Scriptures, a mangy, stray dog started sniffing around all of us; Rev. Davenport never noticed as the dog came right up behind him and me … but I saw the dog grab that freshly baked loaf of bread in his jaws and run off with it.

Didn’t even leave any crumbs for us, the children of God. The whole loaf – the Body of Christ – literally was wasted on the dogs that day.

Jesus talks about wasting good stuff on dogs. In one place he says, “Do not give what is holy to dogs; and do not throw your pearls before swine, or they will trample them under foot and turn and maul you.” (Matthew 7:6). Later, a Canaanite woman asks Jesus for help, and Jesus replies, “I was sent only to the lost sheep of the house of Israel.” He goes on to suggest that choosing to help the woman would be like throwing the children’s food to the dogs (see Matthew 15:21-28).

Clarence Jordan, when translating the gospels into the American South of the mid-1900s, has a black woman come to Jesus, and Jesus says, “I was sent only to needy white people”; hence he shouldn’t throw the children’s food to the puppies.

Culture and politics sure can influence how we view one another … even us as people of faith.

Listen to our conversations about immigration; we are really good at classifying groups of people which help us speak of each other in terms of categories rather than as humans.

A plane wreck in 1948, and its radio and newspaper coverage which identified the flight crew and the security guard, and then clumped the Mexican migrant farm workers which were being flown back to Mexico simply as “deportees, ” become a powerful song by Woody Guthrie as a symbol of the way categories can desensitize us to the humanness of others.

Goodbye to my Juan, goodbye, Rosalita,

You won’t have your names when you ride the big airplane,

All they will call you will be “deportees.”

Maybe we would do well to stop trying to analyze and dissect and explain to our satisfaction why Jesus would compare the woman in this story to dogs, but see the whole picture in its context.

Jesus spoke to her in what was completely acceptable terms for his culture, among his followers and disciples who probably would have called her much worse. He acknowledges their prejudices and their sense of superiority in his words to her, then shocks them all by acting on behalf of, well, “the dog.”

Most of us in the American Church today will not use words to clump entire groups of people into a category as a way of dehumanizing them. Most of us today will not use words like “nigger, ” “white trash, ” “spic, ” “gook, ” “towelhead, ” “faggot, ” or “illegal immigrant” to help us cloud the human faces staring back at us. Or, do you object that the term ___ (you fill in the blank) was included in this offensive list?

How soon we forget that despite our well-publicized adoration of Jesus, in Matthew’s story we are not the disciples or the other followers of Jesus, but most of us are the Canaanite woman. We are the cultural “dogs.” In this context, when Jesus speaks of not giving what is holy to the dogs and wasting the children’s food on the dogs, he’s not teaching us to be careful with whom we share our grace and our resources; he’s playing into the cultural prejudices of his followers and then is going to shock them by sharing grace and resources with us.

And, like the dog on Easter morning, we now find that we have not the crumbs, but the whole loaf of God’s grace.

It’s election season again, which means candidates will be trying to publicly love Jesus more than the next candidate, and so many Christians in the US (at least in the white Protestant church of which I am a part) are more than eager to indulge in self-righteous displays on behalf of our favorite candidate.

But listen to how we categorize people. Pay attention to how we see fewer human faces and more groupings of undesirable objects. Remember that we have been the cultural dogs that received holy grace from Jesus. And may we then extend the same grace and resources to those deemed “dogs” in our culture today. For Jesus freely gives to these “dogs” the whole loaf of Communion Bread – His very Body – in spite of what our politics and our cultural prejudices demand.