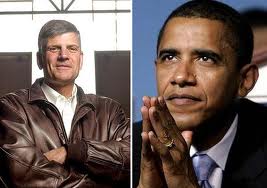 I am a southerner — born, bred, educated, and domiciled. I have been in many other places, both in this country and others, but my accent and worldview betray a deep southern bent. I was raised in a segregated world, educated in all-white schools, worshipped in all-white churches, ate in all-white restaurants, waited in all-white waiting rooms, drank at all-white fountains, swam in all-white public swimming pools, was policed by all-white police departments, and otherwise lived in a surreal world apart. The first African-American student matriculated at Furman University during my junior year there. I had a lot of catching up to do as a young adult.

I can remember seeing KKK cross burnings as I traveled throughout the south as a college student in the 1960s. As recently as 1982, as my family and I were moving to Louisiana where I joined the faculty at Louisiana State University, we drove past a cow field with smoldering crosses from the previous night’s Klan rally in Tangipahoa Parish.

Today we live in what we call the “new south”. Legal segregation has disappeared, fading into history. Klansmen either have died or moved west to populate white supremacy compounds where they feel safe from the black (and other) people they fear. In North Carolina, a black police officer can write a speeding ticket for a white motorist.

But memories can be long. Fear is fear. In the states of the old Confederacy, race is at the heart of virtually every political issue. Whereas my childhood memories are mostly of isolation from persons of different races, black folk have deep memories of violence and injustice and, for many, those memories are recent.

Not only am I a southerner, I am a Christian, a Baptist one at that. I was born and raised in the Southern Baptist Church. My idea of “other faiths” was Methodists and Presbyterians, those of questionable faith who sprinkled instead of dunked and wore robes when they preached. I met my first Catholic in the 5th grade when a boy entered my class after having moved with his family from a northern state. He was ostracized, looked at as though he had just stepped off of a space ship in my all-white protestant school. Poor kid. We know the same Klan foolishness that demonized African Americans was directed at Catholics and the many “others”.

Two things in this presidential election year resonate with my upbringing, especially during the Republican Party’s search for the perfect presidential candidate. First, we southerners kid ourselves if we do not face up to the fact that much of the rhetoric and vitriol directed toward President Obama has racial overtones. The nonsensical attacks are not only a southern phenomenon to be sure. We remember that the birther issue has no more vehement spokesperson than the Yankee, Donald Trump. But in the south, loud politicians, FOX Network personalities, radio blabbermouths, and a good number of country club and barber shop experts depict Obama as “other, ” “non-patriotic, ” “not like us, ” “bent on destroying America.” But my southern ears hear all of that rhetoric as racial in nature.

We hear about mythical “voter fraud” and the imperative need for “voter IDs, ” devotion to the 10th Amendment and “states’ rights, ” a great concern for “pay checks, not food stamps, ” calls for success based on “merit, not government handouts” and the claim that the 99% of us who question the demise of American egalitarianism are jealous, envious of the 1% whose merit clearly surpasses anyone not born to wealth and advantage.

Perhaps it takes one with ears sensitized in the post-World War II South to hear the dog whistle of racism in those priorities. As a white southerner I hear it, and I recognize its false tune. It summons the racial anxieties of the past, and it is inappropriate for the New South.

Second, in addition to the race card, the “who is a REAL Christian?” card is played fast and loose. On Morning Joe, North Carolina evangelist Franklin Graham sat in judgment on that question recently. He glibly concluded that Rick Santorum and Newt Gingrich are real Christians but that he could not say whether President Obama is or not. Graham said that President Obama cared more for Muslims in the world than the Christians who are being killed by Muslims. He said that President Obama had joined a church, but that Graham could not say that a real conversion had taken place in Obama’s life. He said that the Muslim world recognizes President Obama as a fellow Muslim because of the President’s father and grandfather who were Muslim. Graham neglected to mention that President Obama’s father had denounced Islam and that Islamic law considers anyone who renounces Islam as worthy of death. He let Mitt Romney off the hook when asked about his Christian bona fides by saying Romney would make a good president. Sure, Gingrich has had several marriages, and sure Romney shares a set of beliefs with his Mormon brethren that would befuddle most church-goers, but it is President Obama’s faith which is in question and is a disqualifier according to Graham.

Again, my southern ears hear Franklin Graham’s words clearly. If President Obama were white, or Republican, given the President’s lifestyle and statements of belief, his Christianity would not be questioned. I hear the dog whistle, Franklin. Put it away.

I see in President Obama a quintessential American man, a family man, a Christian, a devoted advocate of justice, a lover of this country, an educated person, a wise and knowledgeable man. I have not agreed with each and every action (or lack of action) he has taken as president, as I am sure is the same for you.

But when Franklin Graham and his ilk wax judgmental about President Obama from a warped religious and political perspective, or when someone seeking to take President Obama’s job or to otherwise unseat him does so by claiming that President Obama, my president, is un-American, anti-Christian, a foreigner…well, this southern boy wonders what in the world we have come to, and where in the world we are headed.