Which Jesus: Choosing Between Love and Power 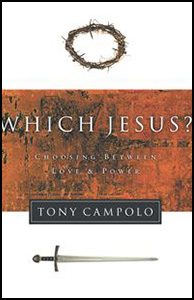 One man was famous for his hatred and destruction. One was famous for his love and compassion. They lived, played, studied, and worked side by side, with one crucial difference: only one of them offered the way to salvation and eternal life.

In Which Jesus, Campolo follows the divergent paths of the two until they converge at the feet of Pilate. Comparing the lives of two distinctly different men, a portrait emerges of One who had power over life and death versus one who would live by the sword and die by the sword.

As Campolo draws the compelling distinction between true power and love and ill-gotten power and hate, Christians see that they have the ability today to do even greater works for the Kingdom than they ever believed possible. It’s a simple question of choosing which Jesus to serve.

Be the first to review “Which Jesus: Choosing Between Love and Power” Cancel reply