Editor’s Note: The following is a six-part series by Nikole Lim of stories painting juxtapositions of immense pain and tremendous hope in Rwanda. You can read the Artist Statement here.

Conversations in the car are intense. Colonization, spirituality, politics and utter brutality, violence and betrayal—all incomprehensible factors that led up to genocide. Our conversations are set to the backdrop of thousands of lush hills and thousands of massive graves concealing bones—bones of innocent men, women and children whose only crime was being born Tutsi. The coexistence of Rwanda’s brutal history and scenic beauty is surreal.

No matter how many questions I ask, how many stories I listen to, how many fragments of bones I see, I don’t think I’ll ever be able to understand how in just one hundred days, close to one million people were slaughtered as if they had no worth. Identifying with these stories of gross atrocity seems impossible.

“I don’t really call myself a survivor because when the one hundred days of genocide began, I was in Uganda. Even though I came back to Rwanda in the middle of the killings, I was never in an area controlled by the militia. Yes, it was risky to return to Rwanda at that time and I remember two occasions where I got very close to being killed—but my story isn’t as significant as others we will be seeing. For example, my wife’s—she survived, but barely. She doesn’t talk about it.”

Our thought-provoking leader, Joshua, works with a renown international organization in Rwanda. Through his reflections, I was trying my best to wrap my head around the stories he told. Many members of his family were blacklisted—accused of significant standing, intellect and leadership within the community. Regardless, the fact that Joshua’s family is Tutsi was crime enough. The majority of his family members, including some of his brothers and sisters who were in Rwanda, also perished in the genocide. Joshua was just 17 when he witnessed the murder of his mother. His father, who was still in Uganda, heard that both Joshua and his mother had died in the massacre. Hearing the news, he fell unconscious and couldn’t eat nor drink—he died of heartache a week later. He never knew that Joshua was still alive. 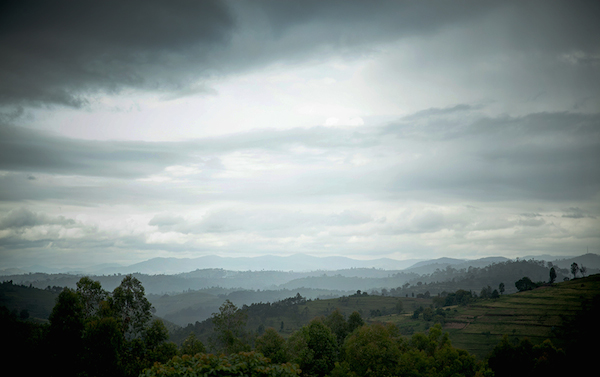 Rwanda’s scenic roads trigger many memories for Joshua. As we drove on, he continued to tell us that his wife, Céleste, was constantly on the run during the hundred days of genocide. This game of hide-and-seek was a matter of life and death. We passed over a bridge and Joshua pointed to the swamp below explaining how Céleste hid in a swamp similar to that one for some time—barely covered by swamp shrubs, prone to the diseases of the earth. The interahamwe, Hutu militia responsible for the genocide, were always on the move. Her life depended on moving faster than they did. Sometimes moderate Hutu’s would be audacious enough to hide Tutsis in their tiny storehouses and at one time, Céleste was protected by hiding under a stack of corn husks—not that the stack wasn’t searched but somehow an invisible hand shielded her from bloodthirsty eyes.

Conversations in the car bounced around from heartwrenching stories of Joshua’s relatives, colonization’s role in the genocide and the history of struggle between political powers. I wondered how the world could just watch the released spy-cam footage of a man hacking corpses, bloated bodies and blood spilling over the land of a thousand hills. The world turned the channel in disgust to catch up on the latest O.J. Simpson gossip. If the world intervened, would these million lives be here with us now? Shockingly, even with ample data on the interahamwe’s vicious attacks seeking to obliterate the Tutsi race, the UN withdrew—refusing to claim genocide otherwise they would be forced to act against it. Refusing to let justice prevail, the world allowed ignorance and inaction to take precedence over a million Tutsi lives. I asked Joshua, “Why did the world turn away from Rwanda?” Perhaps out of selfishness. Perhaps denial. Perhaps the death of ten Belgian soldiers—the fear of losing our own. We failed to respond, some think, because there was nothing to gain in return. Joshua honestly said that Rwanda has no natural resources—coal, fuel, gold or diamonds which are often deemed “worth fighting for.”

“Ignorance wasn’t an excuse. The world knew what was going on here.”

It is said that God travels the world by day but lays his head to rest in Rwanda at night. Somehow in this land of a thousand hills, millions of lives were hacked to pieces leaving physical, emotional and spiritual wounds. 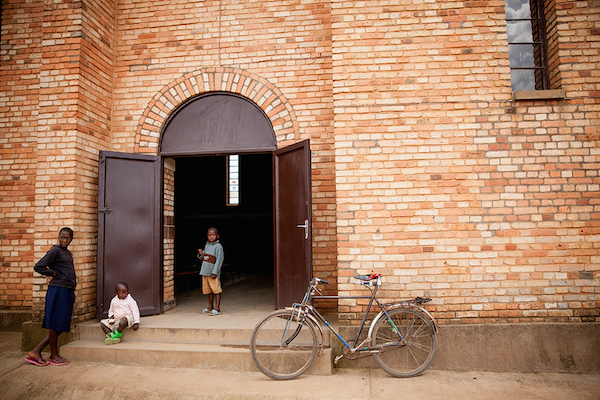 Churches, usually thought as a place of refuge, became targets for mass destruction.

Immediately after the Rwandan president’s plane was shot down on April 6, 1994, a campaign of violence ensued, led by the rebel Hutu militia group. The interahamwe mobilized quickly, carrying out waves of slaughter. Tutsis, already victims of a history of civil war, flocked to the church in hopeful trust that they would find safety in God, in hope, in faith. They arrived only to meet death.

Twenty years later, we were meeting them there.

When we arrived at this church in Nyamata, primary school just got out for a lunch break. There were school children everywhere—playing and laughing and skipping and shouting along.

As we approached the threshold of the church, I peered through the bullet pierced doors and saw clothes—a massive amount of blood-stained clothes that hung lifelessly over pews from where they once sat. We were told by our very pregnant guide that after the UN evacuated the last of the expatriates from the village, this church was attacked. Ten thousand Tutsis sought refuge at this church where they worshipped, prayed and enjoyed each other’s company. But that day, instead of leaving the church with joy in their hearts, they were trapped inside—praying that their lives would end without pain. First, bullets spewed through the church doors, second, grenades exploded others and third, the few survivors left were systematically raped and their bodies dismembered by machetes.

Again, Joshua’s memory returned. He remembered seeing a woman—a young woman who had been gang raped and pierced by two spears resembling a cross. He remembered the piles of broken babies that had been smashed against the alter. He remembered the thousands of decaying bodies hacked so violently that blood splattered onto the 30-foot ceiling of the church. The blood-soaked cloth on the alter, the blood-stained ceiling above our heads, the pure white coffin holding the remains of the young woman were still there and triggered Joshua’s memory, “I came back to this place four months after the killings subsided. The bodies were all here.” When I asked why, a tear fell from Joshua’s eye. He said, “I had friends here, ” and then he walked away.

He left me speechless—trying to comprehend a pain I had never before experienced. I tried to identify in his sorrow and rage and so I forced myself to walk the circumference of the church. I walked through the pews laden with clothes and remembered my best friends, I walked past the bloody alter and remembered my newborn nephew, I walked down the steps beneath the church to the young woman’s coffin and remembered that the people I love most are survivors of sexual violence.

I struggled my way out of the church and into the sunlight. 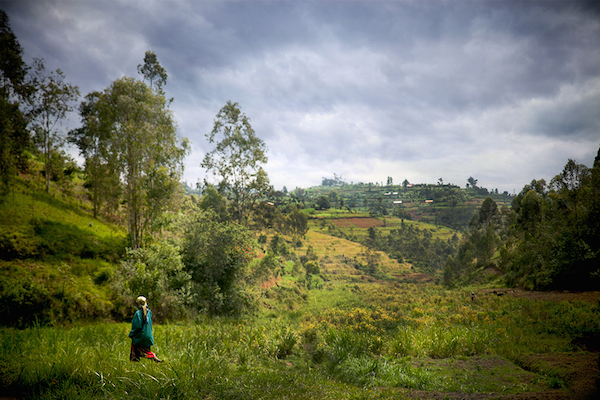 Alone, I continued to walk the outer circumference of the church where there were slabs of cement—under which were the bodies of the 10, 000 victims. A mama was sweeping dust off the graves as a gesture of uncovering the past so that we would see clearly—so that we would remember the mothers, fathers, daughters, sons, sisters and brothers that died such horrific deaths.

The mama motioned for me to come forward—I didn’t want to, but I did and stepped up to get a closer look. She motioned me even closer and pointed to the stairway down to the graves below her feet. I stood above the steps, looking down into the darkness. She kept motioning for me to go down as if to say,

Perhaps these were her best friends, her family, her children. As I walked down into the darkness my knees were shaking and my heart was pulsing—a reminder of the life present in my heaving breath.

Bones. Broken skeletons and shattered skulls. Tiny coffins holding baby bones. Names listed on boxes of more bones. Naked, exposed, beaten and dismembered bones. It took everything I had in me to keep my spine upright—I felt like keeling over, throwing up and weeping. Weeping in remembrance of the breath that held each bone together. Weeping for the beating hearts that would only see sunlight again in their dreams.

Surrounded by these bones, I paused in silence and I finally walked up and out when a little boy was passing by on his way from school.

He looked at me and with a smile said,