Religion that is pure and undefiled before God, the Creator, is this: to care for the vulnerable among us in their distress, and to keep oneself apart from the fears of the world. (James 1:27, paraphrased)

Suicide is headline news once again. This fact alone increases suicidality and the risk of suicide for many people. How we respond to suicide can contribute to the spread of contagion or our response can be lifesaving.

This week, as a church in California grieves the suicide death of their pastor and a family in Denver morns for their nine-year-old child who died by suicide, what the church has to say matters. With suicide rates climbing across the country, faith communities cannot afford to remain silent, nor can they afford to speak words that could end in more death. We must speak words of life and embody hope in our communities.

The child who died by suicide at the end of last week was nine. He was gay. He was bullied. His death is tragic and unnecessary. What messaging are we putting out in the world that makes it right for children to bully a child so much that they end up dead? There are many branches of the church (and other faith traditions) that contribute to this behavior by viewing LGBTQ+ individuals as sinners, people who “choose” to live outside of what they understand to be God’s prescribed norms. A recent study has shown that such theological views can contribute to suicidality and suicide in young adults. The church has no business endorsing theology that contributes to death. Jesus was prettying clear on this. He wanted people to have life and have it abundantly (John 10:10).

Our default setting of biblical literalism is detrimental to the life of the church, in general, and to the life of many vulnerable people. The time has come to bring reason and scholarship to our reading of scripture.

It is irresponsible and potentially deadly to take passages written thousands of years ago in a particular time and place and apply them to today without questioning why and how they were written, not to mention the complications of translating ancient languages into modern English. Nuances are often missed and some big things, too. For example, we no longer believe the world is flat and that God resides in the sky above. We also know that not every skin disease is leprosy and that physical ailments and mental illness are not divine punishment for sin or the result of demon possession. Just because the people who wrote the Bible believed that all things happened because God was either pleased or displeased, doesn’t mean we have to hold to the same belief. The lens through which we read scripture should not be the same as those who accompanied Moses out of the wilderness or even those who journeyed with Jesus or Paul.

Like the biblical literalism that leads to condemnation, questioning how a nine-year-old can know they are gay is irrelevant and just deflects the real issue. We cannot afford to remain silent while children are dying by suicide. The church has no place in teaching a theology that leads to death or has nothing to say when a child is bullied to the point of suicide. Are we not taught to love one another and to care for the most vulnerable among us? Where is the gospel for LGBTQ+ children, youth, and adults?

While we are contemplating where the Word of Life might be for LGBTQ+ folks, we can also ask where it is for those who suffer with depression and other forms of mental illness. If we remain stuck in biblical literalism, more people will die.

We also need to be careful with how we share messages of love and hope. Jumping immediately to the proclamation that one who has died by suicide is at peace, with Jesus, or in heaven increases the likelihood that others will engage in suicidal behavior or die by suicide. Nor should we endorse the old idea that the person who died by suicide is condemned. This is not safe messaging for those who struggle with thoughts of suicide. The truth is that we do not know how God responds to suicide. What we do know is that what God wants for anyone is a future filled with hope and good things, not suffering (Jeremiah 29:11). 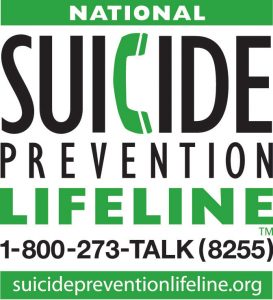 What word of hope can we offer those who live in despair and experience the bleakness of feeling unlovable and unwanted? Yes, we can pray for God to be merciful and loving with the one who died by suicide. We can also pray that God will shape us into the body of Christ that shares love and grace with all we meet in such a way that saves lives. This might mean that we are challenged to let go of some long held beliefs in order to travel on the holy way, a way that embodies love and has room for all — without exception.

Church, we can do better. An ever-increasing number of children, youth, adults, and elders are dying by suicide. We must ask ourselves how we can safely offer a message of love, value, and belonging to those we have historically left outside our doors, particularly LGBTQ+ individuals and those who live with symptoms of mental illness.

In the meantime, know the indicators that someone might be at greater risk for suicide. If you suspect someone you love is suicidal, talk to them and get help. Call 1-800-273-8255, or check here for more options. If you are suicidal, please tell someone or call the hotline. You are loved more than you know. If you are being bullied, please tell someone who can help or try here for support. Your life is worth living.

Beloved, let us love one another.