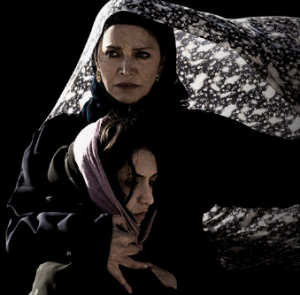 After seeing the film, The Stoning of Soraya M., it is far too easy for Christians and Jews to rush to judgments of Islam. The film raises questions not only about the few evil practitioners of religion, such as the Imam depicted in this film, but also about the ways in which most religions have been used to legitimate the oppression of women.

Those of us who are religious have to ask ourselves whether the prophets who inscribed our sacred writings ever intended the scriptures they produced to be interpreted in ways that defined women as creatures whose raison d’être is to serve the social and sexual interests of men.

Interpretation is crucial. Even if it is believed that scriptures contain objective truths given to humanity through divinely inspired intermediaries, it must be admitted that those scriptures are interpreted by subjects, and hence are interpreted subjectively.

Did the Prophet of Islam really mean for the Koran to make women into objects to be used, instead of persons to be loved, as is the case in The Stoning of Soraya M.

Did the Hebrew prophet Isaiah actually exclude women from his pleas for justice and equality on behalf of all God’s children?

Did the Apostle Paul really call for the subjugation of women, as preached by some Christians, according to their subjective interpretation of his Epistles?

There are scenes in this film that are horrifying, but no more horrifying than what women in most religious traditions have had to endure at the hands of those who do evil with enthusiasm, because they do it in the name of God.

The God of Islam is compassionate. The God of Judaism is full of goodness and mercy. And the God of Christianity is lovingly sacrificed. It has remained for men who wish to dominate women to transform their Gods into deities whose primary purpose is prescribing rules and regulations that establish men as dominators and make women into subservient chattel.

The Stoning of Soraya M. is an important film, not because it makes Islam look bad, but because it asks questions about how most religions have been distorted to serve male egoistic interests.

This is a film that will have women wondering if God is not more their friend than the religions of men have made God out to be. And it will have men asking whether they were created in the image of God or they have recreated God in their own male image.