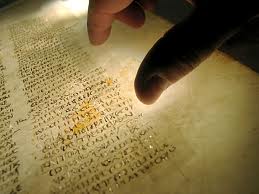 The Southern Baptist Convention‘s (SBC) resolution in opposition to the most recent New International Version (NIV) translation of the Bible is not surprising to many. By a more than a two-to-one margin, the convention representing a coalition of millions of conservative Baptists determined that 2011 NIV Bible published by Zondervan should not be used in churches or sold through its denomination-owned Lifeway bookstores.

Lifeway continues to sell the new translation while reviewing the resolution, company executives say. And though the message in the resolution is clear, the autonomy within the coalition of Southern Baptist churches allows congregations to act on their own with regard to this and other matters.

Still, the SBC’s coercive power is significant. Though non-binding, the pressure they place on retailers and local churches to align with their values is a powerful cultural force in the cultural landscape of the United States. But it has been suggested that there is misinformation at the foundation of this negative campaign.

Though the objections by the SBC focus on the use of “gender inclusive” language, members of the translation team who worked on the new Bible suggest they are actually trying to be more “gender accurate.” Many scholars, including Douglas Moo, chairman of the Committee on Bible Translation that produced the new NIV, understand the original Greek and Hebrew texts to be more gender-neutral in their original meaning.

The effort, then, in updating the English translation as they have, is to more closely reflect the intent of the original authors as the interpreters understand it.

This butts up against the agendas of some groups, like the SBC and the Council on Biblical Manhood and Womanhood (CBMW), that spearheaded the protest. Though there are pervasive objections by the above groups, there are particular passages they have found especially troublesome.

The CBMW takes particular issue with translations of some of Paul’s letters that, in the new NIV interpretation, could leave open the possibility that the original church held women up as ministers and apostles (See 1 Timothy 2).

For many who accept gender parity as the norm in contemporary culture, debates such as this appear quaint or even irrelevant. But the tension still lingering over the value and role of women in church, as well as throughout culture, still has palpable effects.

In my most recent book, “Banned Questions About the Bible, ” I posed the following question to several contributors:

Aren’t women treated poorly throughout the Bible? Why would any intelligent modern woman today even want to read the Bible?

The response from the authors suggested that, if we consider the way Jesus treated women, we come away with a radically different view than the one offered in many churches.

All throughout his ministry, Jesus debunked the 1st century Jewish tradition that treated women like property. His actions with the Samaritan woman at the well (John 4:4-26), the woman about to be stoned for adultery (John 8:1-12) and the female sinner who wanted to anoint his feet with oil (Luke 7:36-50) marked him as a man who would break every holy law on the books so that women could be viewed as equals in the Kingdom of God.

Garrison suggests that, much like our understanding of the biblical texts about the treatment of slaves, our understanding of scripture must be weighed against the cultural context of the time in which it was written. Yes, Paul says in his letter to the church in Corinth (1 Corinthians 14:24), but a common contemporary understanding of this suggests that Paul was educating early Christians about the cultural norms of the region where they were, so that they might not distance themselves from the outset by challenging mores with female ministers and other religious leaders.

In his letter to Philemon, Paul calls for the compassionate treatment of slaves. But few, if any, today would argue that there is a moral basis for slavery (though it should be noted that the SBC was created to defend the biblical right of slave ownership). Yet somehow there are those who would still lean on the same sacred texts as justification for treating women as “less than.”

Marcia Ford responds to the question from the “Banned Questions” book in this way:

Those who see the Bible as misogynistic often interpret Paul’s teachings limiting the role of women as representative of all of Scripture. But they fail to realize how much responsibility women had in the early church and how much the male followers of Jesus — including Paul — relied on women to provide for their ministries and even correct those who misunderstood the gospel, as Priscilla did.

While individuals, interest groups, churches and denominations are within their rights to exclude certain people from particular roles based on gender, the growing disconnect between this attitude and the cultural norms of contemporary culture for a woman’s value explain the growing bitterness toward organized religion in recent decades.

Despite this schism, there are those who find hope and affirmation in the works and words of Jesus, who depended upon women to support his ministry and treated them as co-equal among his followers. It was women who were reported to first witness the resurrection. From Tamar, Deborah and Bathsheba to Mary Magdalene, Lydia and Priscilla, women were, time and again, vested with the mantle of ministry. Even Paul noted that, in the context of Jesus’ followers, labels delineating people by gender, ethnicity and the like no longer matter.

As the husband of an ordained female minister, I’m more saddened than angered that such arguments persist. Those who hold fast to such exclusive — arguably oppressive — claims based on scripture, miss an opportunity for both liberation and enrichment. But just as the biblical argument for slavery has faded over time, there is hope in the life and words found in the Gospels that this, too, shall pass.